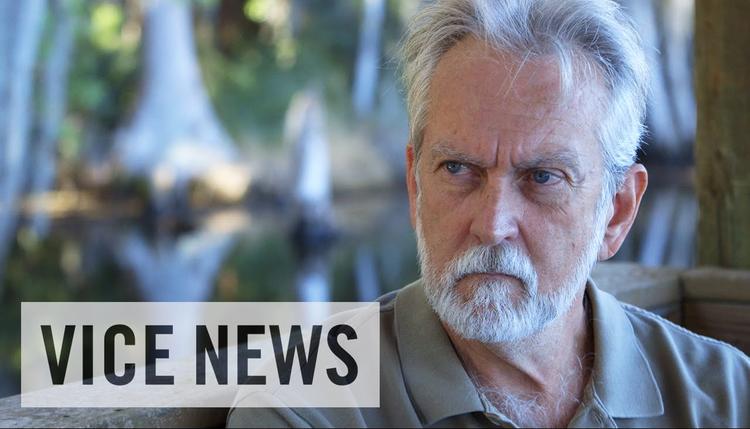 By Laurence Alison, University of Liverpool

During the War on Terror, the CIA’s operations subjected hundreds of suspected terrorists to harsh interrogation techniques, which were often criticised as constituting torture. Now, the Senate Intelligence Committee’s report on the operation has made it clearer than ever that the CIA used many forms of “enhanced interrogation” to elicit information – very harsh methods indeed that simply did not yield the intended results.

As a leaked State Department memo put it, the report “tells a story of which no American is proud”.

This is a matter of outrage for everyone, but as psychologists, we have a particular obligation to speak out. Many of the approaches the CIA used were developed by our discipline, and by individuals who will have known about the codes of conduct by which US psychologists are bound – which include beneficence and non-maleficence, and respect for rights, dignity and integrity.

It is profoundly disturbing to see that the CIA’s techniques included deprivation of basic needs (warmth, food, water), humiliation, threats and the repeated use of waterboarding.

Ironically, many of the methods adopted were based on psychologists’ previous work directed at training members of the military, intended to assist them in avoiding talking to interrogators should they be captured and tortured. This work was apparently reverse-engineered for use on terrorist suspects.

Although these techniques have been given the newspeakish euphemism “enhanced interrogation”, they are consciously meant as a powerful assault on the basic conditions necessary for mental survival, specifically by overloading the subject’s homeostatic system.

Homeostasis is the body’s ability to adjust in response to external changes in order to maintain a stable internal equilibrium. The objective of an extreme assault on a human system is to stop the individual from adjusting in time, or at all.

For example, we are built to respond to various complex stimuli throughout the course of any given day, and when the arousal system is subjected to severe sensory deprivation over long periods, it seeks to readjust.

If the deprivation is intense and persistent, the arousal system seeks to fill the gap. And in the process, it can fill the void created with psychotic symptoms: hallucinations, paranoia, hearing voices and a loss of a sense of a cohesive or continuous sense of self.

Several other methods are directed at overload rather than deprivation, such as threats, “feral treatment” (treating people like animals), pharmacological manipulation, and humiliation. These can induce similar psychological effects, and may result in severe short, medium and even long-term symptoms, including loss of memory and a damaged ability to learn, reason or make decisions.

In fact, such techniques can damage brain structures such as the hippocampus (one of the first regions to suffer in Alzheimer’s disease) and lead to the loss of brain mass by inhibiting the regeneration of brain cells.

So both from an ethical standpoint and going on the evidence of myriad studies of trauma, enhanced interrogations are both unlikely to work and manifestly objectionable. The psychologists involved in this work should clearly have known it was an incredibly dangerous path to tread.

If you really want to stage an effective interrogation, the literature points in entirely the opposite direction – and so does orthodox law enforcement practice.

In the US (as in many other countries), rapport is considered a vital part of police interrogation. Psychological research has long shown that building rapport with witnesses increases the amount of accurate information generated. We know that rapport enhances cooperation during interviews, and elicits more accurate information.

In our own work, based on hundreds of hours of observation of field interviews, we found that interrogators that used approaches more akin to methods used in therapy were more effective at both decreasing detainee disengagement (including “no comment” interviews) and eliciting useful information and evidence.

We found that where non-judgemental acceptance, empathy and autonomy were present, alongside the ability to fluidly adapt to the detainee’s topics and shifts in what they were prepared to talk about (or not talk about), reflective listening and attentiveness were by far the most successful approach.

In fact, interrogators who resisted the (perhaps natural) urge to try and change or challenge the detainee’s behaviours and beliefs engaged more with their suspects and got more information from them.

Our work on rapport is nothing new. More than 200 clinical trials, efficacy reviews, and meta-analyses have found more humane approaches to be effective in the treatment of a range of health problems once treated with harsh and coercive methods – issues as diverse as chronic mental disorder, cardiovascular rehabilitation, problem gambling, and substance use disorders.

In all those arenas, the original notion was that the “problem” needed to be dealt with through rational/persuasive and manipulative means that might persuade, coerce or control individuals “out” of their errant, criminal and destructive ways – essentially to bully them into compliance.

So a fundamental point stands: despite the ethical sanctions, the evidence is that enhanced interrogations just don’t work, and that rapport-based methods do.

It remains to be seen exactly why psychologists working today might have advocated, designed or implemented the methods described in the Senate report, but there can be no doubt that their complicity is a failure of both scientific rigour and morality. As the committee’s findings are picked over, and the political back-and-forth over them gets underway, this must not be forgotten.

“The committee reviewed more than 6 million pages of top-secret CIA documents and found that the architect of the interrogation program was a retired Air Force psychologist named James Mitchell, an agency contractor who — according to news reports — personally waterboarded alleged 9/11 mastermind Khalid Sheikh Mohammed. The Senate report does not identify Mitchell by name. He is referred to as “Contractor A” throughout the executive summary.

Mitchell has a signed a non-disclosure agreement with the CIA and was unable to discuss his role in the agency’s enhanced interrogation program, but Vice News met up with him in suburban Florida to discuss the Senate’s report and one of the darkest chapters of the war on terror. This is the first time Mitchell has ever appeared on camera.”