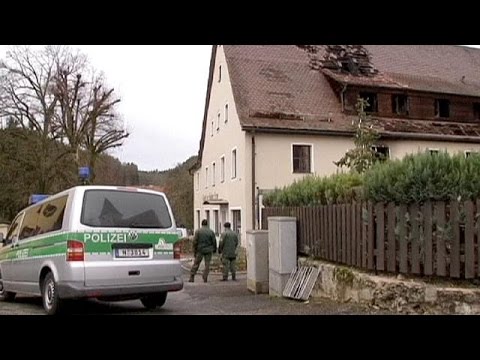 Gruesome ISIS beheadings, the Sydney siege, and now Taliban’s slaughter of children in Pakistan have haunted the media, along with the Senate’s report on CIA’s use of torture against suspected terrorists. The true nature of the radicalization problem, once again, is mostly obscured by petty domestic politics. The militant Islamism rests on a triple layer: opportunity, organizing structures, and a unifying ideology. All of them are significant to develop consistent policies, as radicalization of expatriate and second-generation Muslim youth is a growing challenge for Europe and to a lesser extent the Unites States.

First, a wide range of global and domestic factors support rebellious recruitment, providing unprecedented opportunities. About 40,000 foreign fighters have joined conflicts from Bosnia to the Philippines in the past three decades. The Muslim foreign fighter phenomenon should not be taken for granted as a corollary of conflict in the Muslim world, as argued by Thomas Hegghammer, because long distance foreign fighter mobilization was rare before 1980. Post-Cold war world context, plagued by increasing number of civil wars and failed states, exacerbates the trend. Jeff Goodwin’s study, based on a comprehensive global analysis since 1945, indicate that weak states are far most likely to incubate radical mobilizations, especially if they pursue exclusivist policies such as Iraq’s Maliki government against Sunni population. It is impossible to change the clock of globalization. Yet, it increasingly becomes imperative to grasp the link between a weak and exclusive government in Mali, for example, and the European security at large.

Second, militant organizational structures are ever more complex and powerful. Radicals are now collecting taxes, cutting energy deals, and virtually running de facto states. Such powerful localization provides radicals what they seek: a supportive community, order, and discipline. Bolstered with technological advances, global network of fighters offer a long career for radicals, moving from one zone to another. Among thousands of foreign fighters who joined the ranks of the Mujahedeen between 1980 and 1992, only 5 percent lost their lives. Average tours in late the 1980s were so short that some volunteers were called ‘”jihad tourists.” Growing Sunni-Shia tension in the Middle East provides a structural context where financial and logistical support for militants is a mundane act. Furthermore, global diffusion of governing experiences from Al-Qaeda in Yemen to Al-Shabab of Somalia is a great help for organizing militant structures.

Third, why Salafism as an ideology attracts Muslim youth in the West needs to be grasped in its complexity. The roots of Salafist foreign fighters go back to the Afghan Mujahedeen war against the Soviet Union. Populist pan-Islamism was based on the global network of charities, mostly drawing recruits from the Hijaz region of Saudi Arabia. Having the fear of being perceived as unsympathetic toward suffering Muslims abroad, the Saudi elites engaged in a competitive pan-Islamist propaganda. ‘”At the heart of the story of the transnationalization of jihad,” as one analyst maintains, is ‘”a process of elite competition.” Understanding the nature of discursive competition is important to avoid simplistic path from Salafism to terrorism. As I argued elsewhere, ideologies are neither blinkers put on radicals nor what Marx called ‘”nightmare weighing on the brain of the living”; instead, they are shaped and transformed in social relations through semiotic practices. Thanks to discursive competition among Salafis and Islamists, there is now a unifying ideology among Muslim foreign fighters: anti-Westernism and anti-Americanism.

Ironically, far right wing nationalist extremism in Europe is likely one trigger for the radicalization of European Muslim youth. Nor is this a trivial consideration. In 2030, Muslims are projected to constitute 10% of the total population in ten European nations. The hardest lesson of identity politics, perhaps, is perplexity that drives contradictory policies, often produce results in favor of radicals. Mass hysteria and the politics of fear support what Martha Nussbaum calls ‘”the new religious intolerance” against ordinary Muslims. The ban on headscarves in France, the prohibition of minaret construction in Switzerland, and U.S state legislatures’ anti-Sharia campaigns are just few counterproductive attempts in recent years. As long as policy makers approach the issue to drive domestic votes for their short-term benefit, roots of radicalism remain vibrant.

Radicalization of Muslim youth, thus, is no different than other extreme forms of identity politics. Similar to other fundamentalist mobilizations, puritan Salafi movement constructs a utopian past on the sculpture of the modern self. The element of ‘”discovery” in identity politics is a perfect fit for religious fundamentalism in various forms, perceived as the final resort of expressing discontent against sweeping ‘”filthy” capitalism. In the words of Mike Davis, ‘”In the slums of St. Petersburg, Buenos Aires and even Tokyo, militant workers avidly embraced the new faiths of Darwin, Kropotkin and Marx. Today, on the other hand, populist Islam and Pentecostal Christianity (and in Bombay, the cult of Shivaji) occupy a social space analogous to that of early twentieth-century socialism and anarchism.” As an acute observer of Islamism in the West, Olivier Roy echoes by quoting a foreign fighter in Bosnia ‘”the Muslims are the only ones to fight the system.” Roy adds, ‘”The radicals are often a mix of educated middle-class leaders and working-class dropouts, a pattern reminiscent of most West European radicals of the 1970s and 1980sÖTwenty years ago these men would have joined a radical leftist movement, but such movements have disappeared from the spaces of social exclusion or have become more bourgeois.”

MUSTAFA GURBUZ is a policy fellow at Center for Global Policy at George Mason University and a research fellow at Rethink Institute in Washington, DC. He is the author of Transforming Ethnic Conflict: Rival Kurdish Movements in Turkey (Forthcoming, Amsterdam University Press) and taught courses on revolutionary movements and political violence at the University of Connecticut and the University of South Florida.
—-