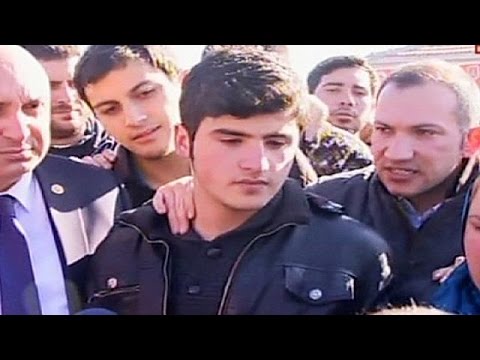 “A Turkish teenager who was arrested at his school on Wednesday for allegedly insulting President Recep Tayyip Erdogan has been released from police custody.

The 16-year-old was met by his parents. His mother said: “I’m not ashamed of my son.”

The boy, who has not been named because of Turkish laws that protect the identity of minors, remained defiant.