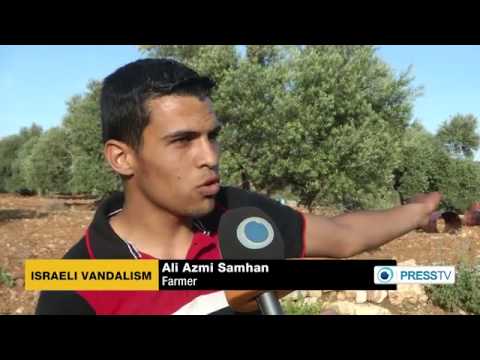 Settlers from Elon Moreh, located east of Nablus, attacked Aqraba and cut down 50 olive trees from the Juhr al-Dik area of the village.

Several other trees were damaged during the attack, Daghlas added.

The villagers have filed an official complaint to Israeli authorities through the Palestinian liaison office.

Over 7,500 olive trees were damaged or destroyed by settlers between January and mid-October in 2012, according to OCHA.

Settler violence against Palestinians and their property in the occupied West Bank is systematic and ignored by Israeli authorities, who rarely intervene in the violent attacks or prosecute the perpetrators.

On one of many other such incidents from last April–