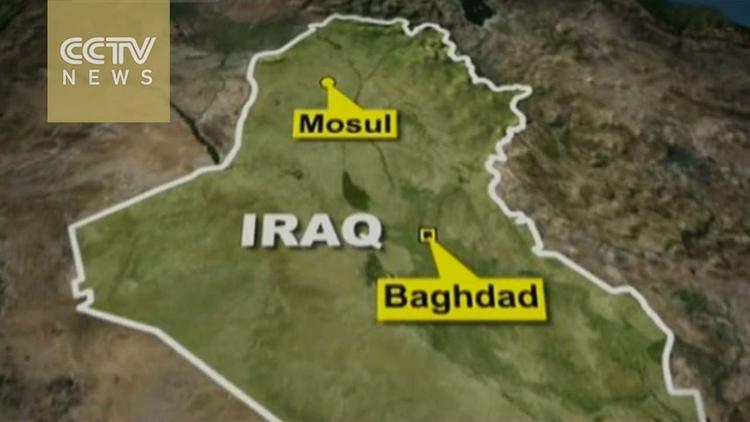 Mobile phones are no use in Mosul any more.

The extremist group controlling Mosul in northern Iraq has decided to shut down most mobile telecommunications inside the city. Rumours are flying as to why. Have they done it because they can no longer profit from the phone companies in Mosul? Or is it because of an impending battle and they don’t want their positions revealed?

In a short statement broadcast on a local radio station, Al Zuhur, several days ago, a spokesman from the extremist group known as the Islamic State told listeners that work done by telecommunications companies in Mosul, the northern Iraqi city the group currently controls, has been suspended.

The statement didn’t give any reason as to why telecommunications companies would no longer be active in Mosul – fighters from the Islamic State, or IS, group had apparently sabotaged some of the cellphone towers. But nobody seems to know why and rumours are flying in the town.

Some say it’s because an external attack on the city – to liberate it from the IS group – is imminent and the group want to block communications. Others say it’s because telecommunications companies, which had always been rumoured to pay protection money to extremist groups in Mosul as well as rental to the building owners upon whose property they placed their towers, have stopped paying both fees.

A local telecommunications engineer who wanted to be identified only as Jaber says the cellphone towers were sabotaged for financial reasons. It’s become more difficult to get money in and out of the province of Ninawa since the IS group took over and the IS group hasn’t been able to collect money from the telecommunications companies, he alleges. It’s especially difficult to get money out of the comparatively safe region of Iraqi Kurdistan at the moment, after a recent car bomb attack.

A lot of people in Mosul believe the same things that Jaber does. They have received messages via anonymous numbers containing blackmail threats, they know explosive devices can be activated using mobile phones and they think that the companies only stopped paying “protection money” to the IS group because of pressure from the Iraqi and Iraqi Kurdish authorities.

“Over the past 11 years, almost every business operating in Mosul, whether big or small, was making monthly payments to extremist groups,” says Omar Majid, a journalist who used to live in Mosul but has since moved to a safer location. “It’s only logical that people think that telecommunications companies would have paid that money too. The city used to have over 2 million people in it and the province of Ninawa had even more, so it’s a big market for them – but to do business here you needed to cooperate with the extremists.”

But other locals have a different theory. They believe it is the only way that the IS group can prevent spies inside of Mosul – basically locals trapped in the city who don’t agree with their policies – from communicating with anyone outside, including security forces that might wish to attack their locations in the city.

“The fact that the IS group have shut down telecommunications companies is an indication of major fears that there will be a big battle for Mosul soon,” says Rabea Awni, an Iraqi activist. Awni says the fact that the organisation also started preventing locals from leaving Mosul for longer than ten days is another indication of the group’s fears. Locals have started leaving in greater numbers, given the lack of electricity, drinking water and other supplies. Now if they want to go, they must provide a guarantor who promises they will return and they must return before ten days is up. The IS group have set up checkpoints at city exits to enforce this new rule.

One of the questions many in Mosul are also asking is how exactly the IS group itself is maintaining contact with members of it’s group and its allies, given that it is fighting in many different places.

According to sources close to the group, IS fighters and leadership are dependent on mobile satellite phones like those operated by the Thuraya company. They also use text messages on mobile phones to communicate but apparently this is more rare as these are easier to monitor. The IS group is also able to utilise a limited amount of communications equipment left behind by the Iraqi army when they fled Mosul in the face of the IS group’s advance in June.

The consequences of this decision by the IS group are multiple. The only mobile telecommunications company now working in the city is an Iraqi firm called Kalimat. Mosul is almost cut off from the rest of the world. Additionally all of the people in Mosul who make a living from telecommunications, selling phones, phone credit, phone numbers and other related businesses, must now join the ranks of the many unemployed inside the area controlled by the IS group.