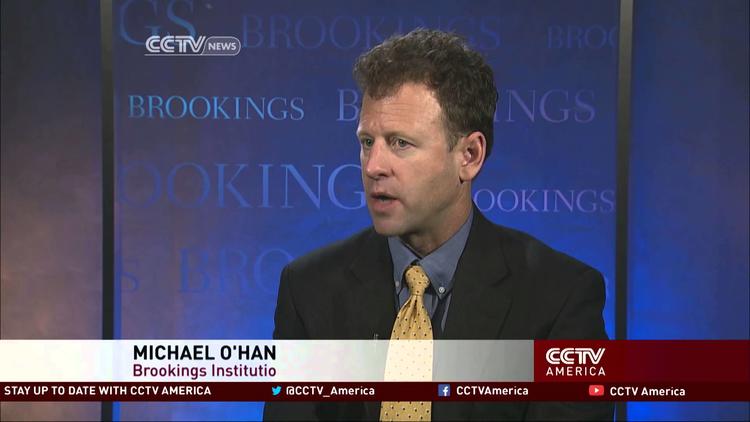 Iraqi Kurds Seek Greater Balance between Ankara and Baghdad
By Mohammed A. Salih

ERBIL, Dec 4 2014 (IPS) – After a period of frostiness, Iraq’s Kurdistan Regional Government (KRG) and Turkey seem intent on mending ties, as each of the parties show signs of needing the other.

But the Kurds appear more cautious this time around, apparently leery of moving too close to Ankara lest they alienate the new Iraqi government in Baghdad with which they signed a breakthrough oil deal Tuesday.

It’s clear that despite the recent slide in relations, both sides need each other. As a land-locked territory, Kurds will be looking for an alternative that they can use to counter pressure from the central Iraqi government.

The agreement, which will give Baghdad greater control over oil produced in Kurdistan and Kurdish-occupied Kirkuk in exchange for the KRG’s receipt of a bigger share of the central government’s budget, may signal an effort to reduce Erbil’s heavy reliance on Turkey.

The warmth between Iraqi Kurds and Turkey was a rather strange affair to begin with. It emerged unexpectedly and evolved dramatically, particularly after the 2003 U.S. invasion.

Whereas Turkey is a major player in the Middle East and Eurasia regions, Iraqi Kurdistan is not even an independent state. The imbalance of power between the two parties made their development of a “strategic” relationship particularly remarkable.

And given the deep historical animosity in Ankara toward all things Kurdish, the change of heart on its leaders’ part seemed almost miraculous, even if highly lucrative to Turkish construction companies in particular.

But those ties suffered a major blow in August when the forces of Islamic State (IS) swept into Kurdish-held territories in Iraq.

With the IS threatening Kurdistan’s capital city, Erbil, Turkey did little to assist the Kurds. Many in Kurdistan were baffled; the overwhelming sense here was that Turkey had abandoned Iraqi Kurds in the middle of a life-or-death crisis. KRG President Masoud Barzani, Ankara’s closest ally, even felt moved to publicly thank Iran, Turkey’s regional rival, for rushing arms and other supplies to the Peshmerga in their hour of need.

In an attempt to simultaneously develop an understanding and save face, some senior KRG officials defended Ankara, insisting that its hands were tied by the fact that more than 40 staff members in its consulate in the Iraqi city of Mosul, including the consul himself, had been taken hostage by the IS. Other officials were more critical, slamming Ankara for not having acted decisively in KRG’s support.

And the fact that Turkey was experiencing elections where the ambitious then-Prime Minister Recep Tayyip Erdogan was running for the newly enhanced office of president was also invoked as a reason for his reluctance to enter into war with such a ruthless foe.

It also appeared to observers here that Erdogan did not want to do anything that could strengthen his arch-enemy, Syrian President Bashar al-Assad, even if that meant effectively siding with the Sunni jihadists.

But last month’s visit to Iraq by Turkish Prime Minister Ahmet Davutoglu appears to have helped repair the relationship with the Kurds in the north. Davutoglu turned on his personal charm to reassure his hosts, even visiting a mountainous area where Turkish special forces are now training members of Peshmerga and a Turkish-built refugee camp for Iraqis displaced by the war.

The question of how long it takes for the relationship to bounce back to the point where it was six months ago is anyone’s guess.

But it’s clear that despite the recent slide in relations, both sides need each other. As a land-locked territory, Kurds will be looking for an alternative that they can use to counter pressure from the central Iraqi government.

Focused on laying the foundation for a high degree of economic and political autonomy – if not independence — from Baghdad, the Kurds’ strategic ambition is to be able to control and ideally sell their oil and gas to international clients. And geography dictates that the most obvious and economically efficient route runs through Turkey, with or without Baghdad’s blessing.

As for Ankara, Iraqi Kurdistan is now its only friend in an otherwise hostile region. Once upon a time, not long ago, politicians in Ankara boasted of the success of their “zero-problems-with-neighbours” policy that had reshuffled regional politics and turned some of Turkey’s long-standing foes in the region, including Syria, into friends. But that era is now gone.

Ankara has come to see Iraqi Kurdistan as a potential major supplier of its own energy needs and has generally sided with the KRG in its disputes with Baghdad.

At the same time, however, Kurdish leaders have been criticised here for putting most of their eggs in Ankara’s basket.

The last time Kurds invested so much of their trust in a neighbouring country was during in the 1960s and 1970s when the Shah of Iran supported their insurgency as a means of exerting pressure on Baghdad. When the Shah abruptly abandoned Kurds in return for territorial concessions by the government of Iraqi President Saddam Hussein in the Shatt al-Arab River separating southern Iran from Iraq in 1975, the results were catastrophic.

Turkey’s indifference and passivity in August when all of Iraqi Kurdistan came under existential threat by IS jihadists reminded many here of the consequences of placing too much trust in their neighbours. The hoary proverb that “Kurds have no friends but the mountains” suddenly regained its currency.

IS’s siege of the Syrian Kurdish town of Kobani – just one kilometre from the Turkish frontier – compounded that distrust, not only for Iraqi Kurds, but for Kurds throughout the region, including in Turkey itself.

Turkey’s refusal to assist Kurdish fighters against IS’s brutal onslaught has made it harder for the KRG to initiate a reconciliation.

Although Ankara has now changed its position – under heavy U.S. pressure — and is now permitting the Peshmerga to provide limited assistance and re-inforcements for Kobani’s defenders, the process of mending fences is still moving rather slowly.

While that process has now begun, it remains unclear how far both sides will go. Will it be again a case of Ankara and Erbil jointly versus Baghdad, or will Erbil play the game differently this time, aiming for greater balance between the two capitals.

Indeed, the much-lauded oil deal struck Tuesday between the Baghdad and the KRG may indicate a preference for the latter strategy, particularly in light of their mutual interest in both confronting IS and compensating for losses in revenue resulting from the steep plunge in oil prices.

Still, given the history of deals sealed and then broken that have long characterised relations between the Kurds and Baghdad, nothing can be taken for granted.