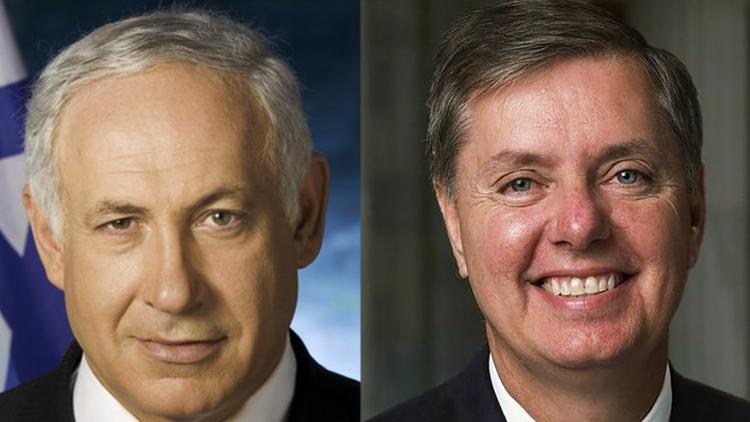 “”During a meeting with Israeli Prime Minister Benjamin Netanyahu in Jerusalem on Sunday, incoming chair of the Senate Foreign Appropriations Committee Lindsey Graham (R-SC) told the foreign leader Congress would “follow his lead” on a bill to reinforce sanctions on Iran.

Graham and a variety of senators have been skeptical, to put it mildly, of the long-haul effort by President Barack Obama and Secretary of State John Kerry to broker a deal with Iran that reverses the country’s nuclear program in exchange for an easing of sanctions.”* The Young Turks host Cenk Uygur breaks it down.”

The Young Turks: “Senator Pledges To Follow Leader Of A Foreign Nation”