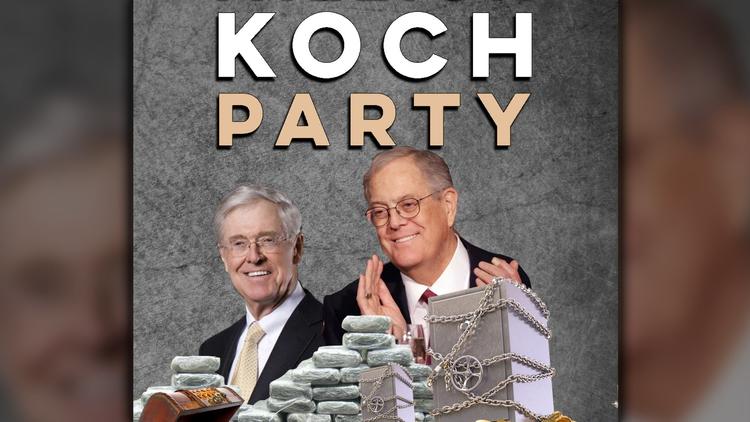 “”The Koch brothers’ operation intends to spend $889 million in the run-up to the 2016 elections — a historic sum that in many ways would mark Charles and David Koch and their fellow conservative megadonors as more powerful than the official Republican Party.

The figure, which more than doubles the amount spent by the Republican National Committee during the last presidential election cycle, prompted cheers from some in the GOP who are looking for all the help they can get headed into a potentially tough 2016 election landscape.

But while the leaked details seemed in part a show of defiance to Democrats, who had targeted the brothers as bogeymen, the spending goal also appeared to be a show of dominance to rival factions on the right, including the RNC.”* The Young Turks hosts Cenk Uygur & Ben Mankiewicz break it down.”

The Young Turks: “Koch Bros To Spend Nearly A Billion Buying The 2016 Elections”