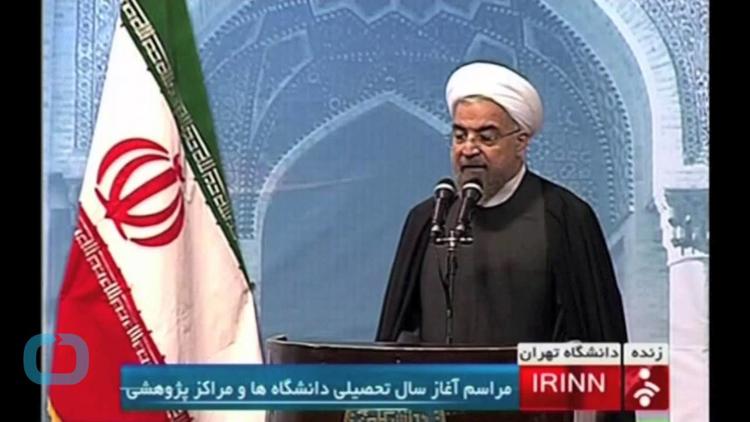 Iran’s system of government is a hybrid. One wing of it consists of a dictatorial theocracy, centered on Supreme Leader Ali Khamenei. The other wing is elected and comprises the parliament and the presidency.

President Hassan Rouhani, a reformer, is worried about being stymied in his economic and diplomatic initiatives by regime hard liners. He has been attacked for his negotiations with the UN Security Council members plus Germany over Iran’s civilian nuclear enrichment program. Rouhani has also pursued controversial economic policies, such as reducing subsidies and pushing for more privatization and competition. He has had some successes, such as reducing inflation from 40% to 17%

The hard liners include a portion of the Iranian Revolutionary Guards, the paramilitary Basij, and far-right clerics. They also include Khamenei himself on occasion. They derailed the”2nd of Khordad” movement of President Mohammad Khatami, which began in the late 1990s when he as unexpectedly elected president. Khatami tried to expand press freedom, but Khamenei just had the more liberal newspapers closed. Khamenei also excluded liberals from running for parliament from 2004 forward, producing a rightwing national legislature instead of the more liberal one elected in 2000.

Rouhani said Sunday that he had noticed a provision in the Iranian constitution for the use of popular referendums to settle difficult issues in national politics. He said that the provision had not been implemented, but that as the leader of the executive branch it was his duty to uphold hte constitution. BBC Monitoring renders him thus: “The constitution tells us that the articles of the law and programmes regarding important economic, social, political and cultural issues should be put to a referendum instead of passing a law in parliament…”

Although Khamenei could still over-rule any referendum item that passed, he might be reluctant to be seen dismissing the concerns of millions of referendum voters. The Iranian public is much more liberal than the theocratic, appointed branch of government, but has been curbed by the latter.

Rouhani’s gambit is very clever. Likely there are people in his circle who have been influenced by the California referendum system.

Rouhani is popular, and his policies are for the most part welcomed by the general public, however much the hard liners despise him for his shift to the left.

If he does conclude a deal with Barack Obama this summer, allowing Iranian nuclear enrichment but forestalling any weaponization of the program, Rouhani could confront a risk of the deal being undone by hard line opposition. A popular referendum would give him the proof of popular backing he would need to over-rule the hawks.

All this raises the question of whether President Obama can get around his hard line congress. Maybe the USA also needs national referendums. Neither in the US nor in Iran are the legislatures any longer representative. On some issues, direct democracy could remove logjams.

If Rouhani goes forward, and succeeds in fostering direct democracy on some issues in Iran, he could be introducing a new element into the country’s governance that will forever change Iranian politics.