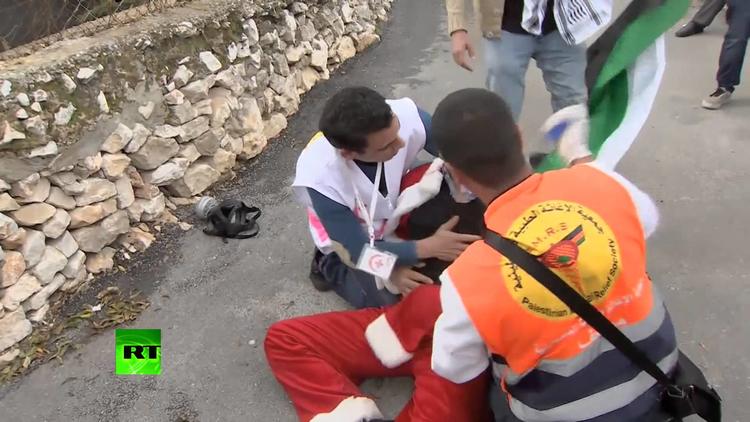 For those who do not know the place, Bethlehem possesses a timeless quality, derived from these artistic creations. It is a place of mystery and contradictions.

It is the peaceful little town that played an out-sized role in history; the birthplace of Jesus, the child born in a cave, heralded by angels, and visited by shepherds and kings.

For hundreds of millions of Christians world-wide, these are the images that define Bethlehem. Sadly, in reality, all of this is but a fantasy, since the pressures of daily life confronted by the residents of this historic community paint a remarkably different portrait.

Suffering under an Israeli military occupation since 1967, Bethlehem is slowly being strangled. It is losing land to settlement construction, hemmed in by a 30 foot high concrete wall, stripped of its resources, and denied access to external markets. As a result, 25 percent of Bethlehem’s people are unemployed, while 35 percent live below the poverty level.

Before the occupation, for example, thousands of Palestinians in Bethlehem were employed as craftsmen known worldwide for their olive-wood and mother-of-pearl artifacts. Today, denied the ability to freely export and hurt by the instability of the occupation, that industry employs only a few hundred.

Similarly, Bethlehem’s tourism has suffered. Israeli companies that dominate that field bring tourists to stay in hotels in areas they control, making day trips to Bethlehem’s holy places. The crowds come to the town, but their revenues disproportionately go the Israelis.

The town has lost so much land to Israeli confiscation for settlement construction that, because it can no longer expand, it must build vertically. As a result, what is left of Bethlehem has become overcrowded, with traffic congesting its narrow streets.

Israeli leaders often complain that they must expand their settlements further so that their young can find housing. And they insist that they must continue to build their wall, in order to protect their people who live in these illegal colonies.

A 2008 protest against the separation wall in Cremisan (MaanImages/file).

What they do not say is that the expansion of the mammoth projects at Har Homa, Gilo, Har Gilo, Betar Ilit, Giva’ot, and more are occurring at the expense of Palestinians living in the Bethlehem region. The Israelis call these colonies “neighborhoods of Jerusalem.” This is but a crude effort to obfuscate the reality that they are all built on Bethlehem area land — illegally confiscated by Israel and then unilaterally annexed to what they call “Greater Jerusalem.”

And the new expansion plans for Jewish-only housing and the extension of the wall simply means that more land will be taken, leaving less for Palestinians.

Look at a map and you will see that Bethlehem is but a few miles from Jerusalem. As late as 20 years ago, standing near Manger Square, one could look out over a green space, the hill of Jabal Abul Ghnaim, and see the Holy City. The trip, by car, was only 15 to 20 minutes.

Today, that view has been obliterated by the 30-foot-high wall, and that green space, where Palestinian families once picnicked, is now the site of the monstrous concrete settlement of Har Homa — home to 25,000 Israelis. As a result of the settlements, Jewish-only roads, and the wall, an entire generation of young Palestinians have grown up never having been to Jerusalem.

Not only that, but the entire population has been cut off from the city that was their metropole — the hub that provided them medical, social, educational services, markets and sources of employment, and venues for cultural and spiritual enrichment.

All that is now beyond their reach.

Today, the Palestinian population of the Bethlehem region is 210,000. There are over 110,000 Israeli settlers, with plans to double that number in the near future. Facing this human onslaught, Palestinians have taken their case to the World Court which ruled that the settlements and the wall are illegal — in clear violation of international laws designed after World War II to protect the rights of people living in territories occupied in time of war.

In response, Israel, with the backing of the US, acts with impunity continuing to build, to move its people into Palestinian land, and to take still more land.

Looming large over the lives of Bethlehemites is the Israeli plan to extend the wall in the north through one of the last remaining green spaces in the region. This portion of the wall is designed to zig-zag along a path that will cut through the vineyards and olive orchards of the Convent at Cremisan, separating the children of Beit Jala from their school, and confiscating land owned by 54 Palestinian families.

Once completed, the wall will allow the Israelis to expand and connect two settlements of Gilo and Har Gilo. It is, as described by Bethlehem’s mayor, Vera Baboun, “the final knot in the noose around the neck of Bethlehem.”

All this is happening while Christians in the West blissfully sing of the “peaceful little town,” not hearing the cries of its people. More disturbing is the degree to which policymakers and those who should know better deliberately turn a deaf ear to Palestinian appeals for recognition of their plight, thereby enabling the continuation of this injustice.

Meanwhile, in Bethlehem, hope gives way to despair and thoughts of peace to feelings of anger. Attention must be paid to this tragedy.

Just for a moment, think of Bethlehem and instead of imagining the shepherds and the angels, think of life as it is in that town today.

Then listen carefully and hear the cry of the people of that little town.

James Zogby is the founder and president of the Arab American Institute, the political and policy research arm of the Arab-American community.