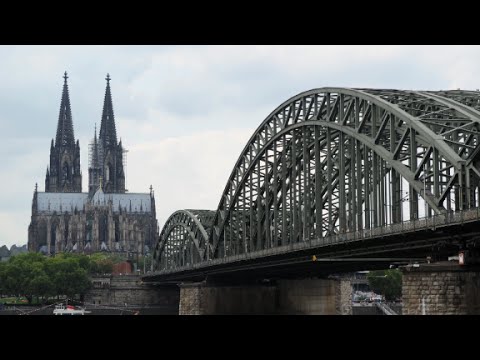 “For Muslims, Germany has become a home. But they see themselves being confronted by a negative image, defined by a minority of radical Islamists.” [kellinahandbasket/Flickr]

A large portion of Muslims in Germany share the country’s democratic values, a Bertelsmann study shows, but unfortunately this fact is not recognised by a majority of the population, which views Islam as a threat. EurActiv Germany reports.

In the aftermath of the deadly attack on editorial offices of the Paris-based satire magazine Charlie Hebdo, the Eurosceptic Alternative for Germany (AfD) has seized the opportunity to conduct more right-wing, populist, campaigning.

“Anyone who has so far ignored or laughed at people’s worries over the imminent threat of Islamisation, are belied by this bloody deed,” said AfD vice chairman Alexander Gauland. His comments were in reference to the growing anti-Islamist movement “Patriotic Europeans against the Islamisation of the Occident” (Pegida), which has recently staged protests in several major German cities.

In making such incendiary statements, Gauland fanned the flames of a general hostile mood towards Islam in Germany, sentiment that is growing according to the Bertelsmann Foundation’s religion monitor. The most recent survey shows 57% of non-Muslim German citizens consider Islam a threat. In 2012, 53% answered in this way.

“For Muslims, Germany has become a home. But they see themselves being confronted by a negative image, defined by a minority of radical Islamists,” said Yasemin El-Menouar, an Islam analyst at the Bertelsmann Foundation.

1 in 4 support an entry ban for Muslims

Meanwhile, 61% of German citizens believe Islam does not fit in the Western world. In 2012, only 52% shared these feelings. 40% of those surveyed said Muslims have caused them to feel foreign in their own country. 1 in 4 respondents even supports a ban on immigration of Muslims to Germany.

A trend that becomes clear in the study, is that the less often people come into contact with Muslims, the higher their scepticism and rejection. In North Rhine-Westphalia, where one-third of Muslims live, 46% of Germans feel threatened. In the states of Thuringia and Sachsen, where hardly any Muslims live, 70% showed a negative response.

On the other hand, widespread Islamophobia is in stark contrast to the strong solidarity felt by Muslims in Germany. A majority of the 4 million believers in Islam in Germany consider themselves a part of the nation. Their mindsets and views are strongly oriented according to the basic values of the Federal Republic of Germany, such as democracy and plurality.

90% of highly religious Muslims consider democracy to be a good form of governance. Of those surveyed, 9 out of 10 are in contact with non-Muslims in their free time. 1 in 2 even had as many contacts outside of their religious community as they did Muslim contacts.

According to the authors of the Bertelsmann study, the majority of German society is “anti-Islamist”. In their view, the growing rejection is no longer a peripheral phenomenon.

“Even if it is not accompanied by a concrete agenda against Muslims, anti-Islamism as a socially acceptable trend creates a societal climate in which right-wing populist parties can find fertile soil and discrimination of minorities, such as Muslims, is tolerated,” explained El-Menouar.

The Bertelsmann Foundation’s religion monitor regularly examines the meaning of religion for societal cohesion of religious and culturally diverse societies in a representative and internationally comparative way. It is based on representative surveys of the population in various states. On behalf of the Bertelsmann Foundation, five researchers used this data to analyse how Muslims live in Germany and how Islam is perceived by the majority.