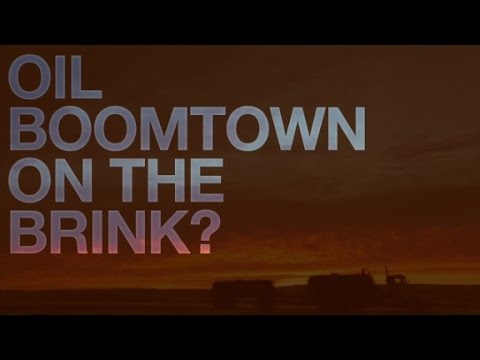 Here is a brief primer on the real implications of the decline of oil prices and environmental degradation on the unconventional petroleum industry (fracking, tar sands and deep-water drilling).

Oil has been relatively inexpensive, energy intensive, portable, relatively safe, convertible to myriad uses – an incredibly useful substance, especially in regard to transportation. In the US, and globally, oil powers virtually all movement of people and goods, and is the source of many products. It appears to many people to be essential.

Oil comes in at least these categories:

· Conventional oil: vertically drilled wells on land or shallow continental shelf. Conventional oil, worldwide, is past its peak of production (it peaked in 2005-8 per the International Energy Agency), and oil production is declining at an average rate of 5.8% per year (Whall and Nelson. Investec. “Global oil supply: the decline rate problem” 2/2014, page 11).

However, the price of all oil has been dramatically declining (today it is about $45/barrel) – more than a 55% decline – and, in most cases, the price is insufficient to cover shale oil production costs plus profit. Some shale wells are shut in; only very productive shale oil wells will continue to be operated. Conway Mackenzie Inc., a liquidator, predicts large losses in shale oil production-related businesses in the next quarter, especially if prices continue to fall.

Shale oil production has slowed due to low prices. Shale oil operators are cutting the numbers of operating drilling rigs and laying off employees as losses accumulate. Reservations for rail tank cars are off by 30%. Shale wells have a short economically productive life, with the first year typically good, and production then diminishing dramatically by the end of year 2 or 3.

· Tar sands are a mixture of sand and bitumen. Heat is used to separate the bitumen from the sand, and the bitumen is then cut with lighter hydrocarbons and refined to be similar to crude oil. It is generally more expensive than shale oil to produce, but much of the cost is related to building the initial plant. It seems likely that on-going production will be continued for a time as all but operating costs were covered in the initial investment. Production is relatively small.

· Ultra-deep oceanic wells are expensive and high risk. For example, the Macondo well in the Gulf of Mexico, which blew out, was a major ecological/financial disaster for BP. However, some deep drilling is continuing. Arctic drilling has not been successful and instead has caused huge losses for Shell.

The long decline in oil prices from July 2014 to the present has several causes. Due to faltering major economies (e.g., EU, Japan, Russia, and a slowing of growth in China), the demand for oil diminished. At the same time, American shale oil production was booming. The result was abundant oil in a depressed market for oil, and those circumstances led to a long tumble in oil prices, which may continue. Many enterprises, profitable at $100/bbl., were unable to continue at substantially lower oil prices.

The extent of fracking is declining for economic reasons. However, the decline is a good thing for other reasons. Fracking is a legal technique only because Richard Cheney, VP under President George W. Bush, pushed through laws in 2005 which exempted oil and gas production from these existing laws: The Clean Air Act, Clean Water Act, Safe Drinking Water Act, National Environmental Policy Act, Resource Conservation and Recovery Act, Emergency Planning and Community Right-to-Know Act, the Superfund act, and from various toxic reporting requirements (Source: ).

Without those exemptions, fracking would not have been possible. Fracking is horribly polluting via many carcinogenic agents (e.g., benzene and formaldehyde) and a laundry list of other toxics. Fracking sites are not monitored for environmental degradation, as they are exempt from regulation.

Fracking is also water-intensive, using an average of about 20 million gallons of water (plus as many as 50 different chemical additives) per well. The water – now more toxic – must be removed from the well and disposed of safely – though there are no known purification processes.

People who live and work near fracking sites are often chronically ill from the fumes, and families are often unable to sell and move – most people these days won’t buy a home near a fracked well because of toxics, so families essentially become prisoners in their homes.

That we permit fracking is testimony that, as a nation, we value using shale oil more than we value protecting our families from living and working in extremely toxic/carcinogenic conditions.

To summarize, production of conventional oil is declining at 5.8%/year (about 5.3 million barrels a day). Unconventional oil is declining because the current price of oil is too low in most cases to make fracking profitable. Tar sands oil may continue for a time – but future projects are on hold. Ultra-deep wells and Arctic sources are risky and expensive relative to current prices.

The global production of oil is declining.

At the same time, the price of solar panels is falling and gigawatts of installation are being put in annually. Affordable electric vehicles, which can be fueled by solar energy, are around the corner, which will gradually make petroleum obsolete. It is just as well. Oil, unlike sunlight, is available only in finite quantities, and the flow of oil is diminishing. Oil, like coal and natural gas, produces carbon dioxide when burned; CO2 is a greenhouse gas, and is the major cause of global warming.

Our future is in renewable energy sources, not fossil fuels.

CNNMoney: “Oil boomtown on the brink?”