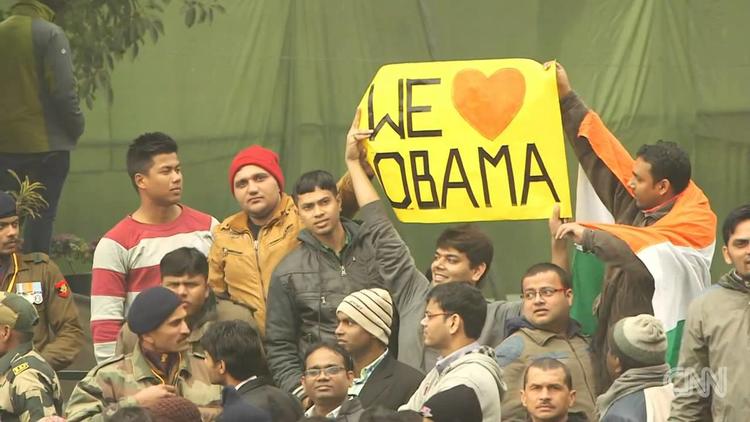 In his visit to India, Barack Obama pressed unsuccessfully for India to set specific carbon limits. Nevertheless, he did get agreement from Indian Prime Minister Narendra Modi that the USA and India would pursue vigorously non-carbon energy sources, including nuclear and renewables such as solar.

That was a better outcome than would have been anticipated based on Indian cabinet members’ statements just last spring. They blamed most of the increased CO2 in the atmosphere on the wealthy countries and hinted that it would be unfair to impede Indian economic growth now, given that India had put relatively little of the extra carbon into the atmosphere.

This situation is sort of like if a bunch of people with water hoses were filling an inflatable swimming pool but were tied up so that if the water got too high they would drown. Saying that you didn’t help fill it at the beginning and so should be allowed to put extra water in makes no sense if that policy would drown you.

Modi is known as a proponent of solar energy, though like Obama he has an “all of the above” approach to energy, including an insouciant attitude toward deadly coal.

Alan Neuhauser writes: “Obama agreed to help finance Modi’s planned $100 billion expansion of solar power in the next seven years, from 20,000 to 100,000 megawatts.”

Just for comparison, note that the total US solar installed capacity today is also only 20,000 megawatts.

Obama has pledged help in funding this five-fold increase.

One Indian government project backed by the World Bank will create a 750 megawatt solar facility in Madhya Pradesh, which, when finished, will be the largest such solar plant in the world.

But the fact is that government policy and foreign aid will help along a process that will also grow because of market forces.

By the end of this year, 2015, commercial rooftop solar panels in India will be grid parity or less. That is, it will be cheaper to have solar panels on the roof of a business than to use coal or natural gas. Moreover, you don’t know how much natural gas will cost 20 years from now (especially if India starts using a lot of it), but you can lock in cheap solar rates for 25 years.

Since 2010, the cost of solar panels has declined 62 percent, and similar price falls are likely in the next few years. In sunny India, within five years it will be crazy for people not to put up solar panels.

25% of India still lacks electricity (i.e. some 300 mn. people), and if they electrify with coal that will be disastrous for climate change and human welfare. But if they get it from solar and wind, they will save money and the earth all at once.

But the increasingly cheap solar panels will attract Indian businesses and building owners. Things will change quickly once they begin changing.