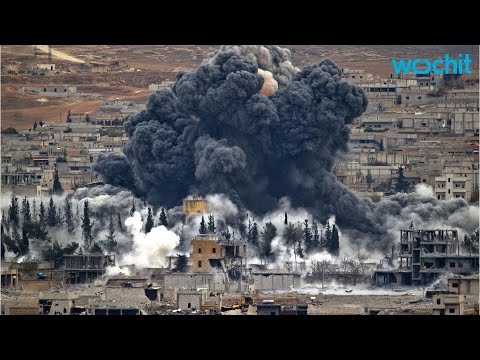 The Syrian Observatory for Human Rights, a Britain-based monitor, said fighters from the Kurdish People’s Protection Units (YPG) had pushed IS militants out of the town after four months of fighting.

Observatory director Rami Abdel Rahman told AFP that YPG forces had “expelled all Islamic State fighters from Kobane and have full control of the town.”

“The Kurds are pursuing some jihadists on the eastern outskirts of Kobane, but there is no more fighting inside now.”

The monitor said Kurdish forces were carrying out “mopping-up operations” against remaining IS forces in the Maqtala district, on the eastern outskirts of the town.

There was no immediate official announcement from the YPG, but Mustafa Ebdi, an activist from the town, told AFP that “fighting has stopped” in Kobane.

YPG forces were “advancing carefully in Maqtala because of the threat of mines and car bombs,” he added.

The advance by Kurdish fighters came after 24 hours of heavy bombing by the US-led coalition fighting IS in Syria and Iraq.

In a statement, the Pentagon said the coalition had carried out 17 air strikes against IS positions in Kobane in the 24 hours from January 25 alone.

The targets included “tactical units” and “fighting positions” as well as an IS vehicle and staging areas, the statement said.

The loss of Kobane, also known as Ain al-Arab, would be a key symbolic blow against IS, which has lost more than 1,000 fighters since it began its advance on the town on September 16.

At one time it looked set to overrun Kobane, which lies on the Syrian-Turkish border.

The group vastly outgunned the YPG thanks to weapons captured from military bases in Syria and Iraq, and sent hundreds of fighters to the battle.

But Kurdish forces gradually pushed back the jihadists with the help of extensive air raids by the US-led coalition fighting IS as well as fighters from Iraq’s Kurdish peshmerga forces.

Analysts say the loss of Kobane is both a symbolic and strategic blow for IS, which set its sights on the small town in a bid to cement its control over a long stretch of the Syrian-Turkish border.

Since the group emerged in its current form in 2013, it has captured large swathes of territory in both Syria and Iraq.

It has declared an Islamic “caliphate” in territory under its control, and gained a reputation for brutality, including executions and torture.

But its apparent failure in Kobane could put the brakes on its plans for expansion in Syria.

“They (IS) lost hundreds of fighters, millions of dollars of weapons, and the image that wherever IS goes no one can stop them,” he told AFP.

“Instead of being a great prize for them, it’s turned around on them like a boomerang.”

The fighting in Kobane has killed at least 1,600 people, according to the Observatory.

Civilians though were largely spared because the town’s residents evacuated en masse, mostly across the border into Turkey, in the early stages of the fighting.

More than 200,000 people have been killed in Syria’s complex, multi-front war, which began in March 2011 with anti-government protests but spiralled into a bloody conflict.

Over the border in Iraq, Staff Lieutenant General Abdulamir al-Zaidi announced they had “liberated” Diyala province from IS militants.

“We announce the liberation of Diyala from the (IS) organisation,” he said.

“Iraqi forces are in complete control of all the cities and districts and subdistricts of Diyala province.”

Via Your Middle East
—-