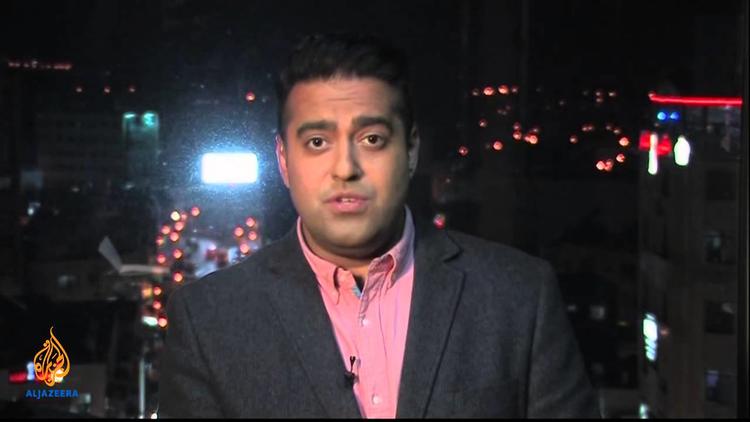 The United States blocked the latest UN resolution to achieve peace between Israel and Palestine for the most disingenuous of reasons.

Though not technically using its veto power, the Obama administration is responsible for the defeat of a draft UN Security Council resolution passed at the end of last month calling for a “just, lasting and comprehensive peaceful solution” to the Israeli-Palestinian conflict. Reiterating a series of UN Security Council resolutions supported by previous administrations, the recent draft resolution underscored Israel’s right to exist in peace and security, called for security guarantees (including international peacekeepers), and even allowed Israel to incorporate most of the illegal settlements.

The resolution also underscored longstanding international legal principles regarding the inadmissibility of any country expanding its territory by force or colonizing any part of occupied territory, called for the establishment of a Palestinian state in the 22% of Palestine consisting of the West Bank (including East Jerusalem) and the Gaza Strip, and called on Israel to withdraw its occupation forces. Unfortunately, the Obama administration apparently found such provisions unreasonable and launched a full-court press to have the measure defeated.

Ironically, the draft resolution blocked by the Obama administration was more generous to Israel than previous resolutions that passed the Security Council without U.S. objections under previous administrations. For example, rather than demanding that Israel withdraw from the territories seized in the June 1967 war, the draft resolution said the borders should simply be “based on 4 June 1967 lines with mutually agreed, limited, equivalent land swaps,” thereby allowing Israel, in exchange for an equivalent amount of territory legally part of Israel, to annex occupied territory in East Jerusalem and parts of the West Bank near the original border where the majority of Israeli settlers live. This would spare the settlers from possible expulsion, since transfers of civilian populations onto territory seized by military force are illegal according to the Fourth Geneva Convention, and four previous UNSC resolutions and a 2004 ruling of the International Court of Justice confirmed their applicability to Israeli-occupied lands.

The United States also objected to the resolution’s call for a timetable to end the occupation. The resolution spoke of the “urgent need to attain”—language that falls short of a requirement—an end of the Israeli occupation within twelve months. The Obama administration, however, apparently believes that 48 years of occupation was not enough and that Israel should be able to hold on to the West Bank even longer.

The most important reason for the founding of the United Nations was to resolve international disputes. However, President Obama has insisted that the UN was not the “right venue” to resolve the Israeli-Palestinian conflict and that the peace process should instead take place under the tutelage of the United States, the principal military, financial, and diplomatic supporter of the occupying power. As Haaretz reported, what most upset the United States about the draft resolution was that it “threatened to undermine the American prominence in Israeli-Palestinian peace talks,” which has thus far resulted in allowing Israel to dramatically expand its illegal settlements, solidify its control of the West Bank, and make the establishment of a viable Palestinian state less and less likely.

Using Orwellian logic, U.S. ambassador to the UN Samantha Power claimed that the resolution calling for the establishment of two states for two peoples would somehow undermine the effort “that makes it possible to achieve two states for two people” and that the resolution’s call for a two-state solution “will not bring the parties closer to achieving a two-state solution.”

US as Minority Whip

As the only member of the 15-member Security Council besides Australia to vote against the resolution, the United States was clearly in the minority. The majority of countries, including European NATO allies France and Luxembourg, supported it. Indeed, France was largely responsible for the wording of the resolution the Obama administration found so unacceptable.

Four countries abstained, resulting in fewer than the 10 affirmative votes required for passage, so the negative vote by the United States was technically not a veto. However, the Obama administration was directly responsible for the resolution’s defeat. Nigeria, which had indicated that it would support the resolution, reversed its position and abstained following a phone call from Secretary of State John Kerry to President Goodluck Jonathan, pressuring him not to join the majority of the Security Council in supporting the measure. Rwandan president Paul Kagame, whose government has long been dependent on U.S. aid, was also pressured to abstain. Indeed, Kerry—who as a senator was an outspoken supporter of the successive right-wing Israeli governments and an opponent of Palestinian self-determination—made dozens of calls to world leaders as part of the Obama administration’s desperate effort to kill the resolution.

The resolution would not have passed in any case. Even if Kerry had failed to convince foreign leaders from changing their affirmative votes to abstentions, the United States—as one of Security Council’s five permanent members—would have cast a veto. However, to once again use its veto power to support Israel’s increasingly isolated right-wing government would have been a political embarrassment for the Obama administration. So, Kerry worked hard to ensure enough abstentions to block the resolution.

Ambassador Power tried to justify U.S. opposition by claiming that peace had to come not from action by the UN Security Council, but “will come from hard choices and compromises that must be made at the negotiating table,” adding that the suffering “will not subside until the parties reach a comprehensive settlement achieved through negotiations.” This is completely disingenuous, however: There is no contradiction between negotiations and the wording of the resolution. Indeed, the resolution repeatedly underscored that fact that any agreement would have to result from just such negotiations. For example, a central paragraph calls on the parties “to act together in the pursuit of peace by negotiating in good faith.” The draft resolution did not dictate where the final borders are, the fate of Palestinian refugees, or other important issues, thereby leaving those for the two parties to work out in their negotiations.

Power also deliberately misled the public by claiming that the resolution was “deeply unbalanced” and “addresses the concerns of only one side.” In fact, the resolution was explicitly based on the goal of “two independent, democratic and prosperous states, Israel and a sovereign, contiguous and viable State of Palestine.” The resolution directly addressed Israel’s security concerns by calling for measures that would “ensure the security of both Israel and Palestine through effective border security and by preventing the resurgence of terrorism,” including a third-party presence, and called for the recognition of Israel and an end to additional territorial claims.

Many Palestinians actually welcomed the defeat of the resolution, since it would have put the UN Security Council on record backtracking from some previous resolutions regarding Israeli obligations under international law. And hardline elements who oppose Israel’s very right to exist are celebrating as well, since the decision by the United States to block the resolution is being interpreted by some as a final nail in the coffin for a two-state solution. By contrast, moderate and centrist pro-Israel groups like J Street called on President Obama not to veto such a resolution.

As a result, the Obama administration’s decision to block this resolution is not just a defeat for Palestine. It is a defeat for Israel as well.