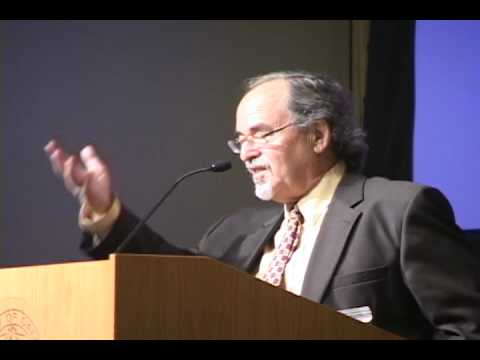 In the United States, “Ferguson” — the name of the town where unarmed black teenager Michael Brown was shot to death by police last summer — has become a shorthand name for the free reign given to police officers to murder black people in the streets (and parks, stores, even their own homes) with impunity.

At the same time as Brown was murdered, the world watched as Israel was given free reign to murder Palestinian people in the streets of the Gaza Strip (and beaches, cafes, hospitals, even their own homes) with impunity.

In the US, people are therefore beginning to see the connections between Ferguson and Palestine. The fact that Israel and the US share police training and tactics, not to mention weaponry and military strategy, seems increasingly significant.

Ferguson protesters were moved and taken aback when Gazans sent them messages of solidarity on Twitter along with advice about how to handle tear gas from militarized police.

Nevertheless, yet another commonality faced by folks in struggle from Ferguson to Palestine is the all-too-frequent refusal to recognize their oppression as oppression.

For example, in public discourse, I have noticed a consistent rhetorical positioning of police officers and Israel — rather than unarmed black people and Palestinians — as the real victims of brutality and violence.

I first struggled with this rhetorical casuistry during Israel’s Operation Cast Lead, back in 2008-09. In those days, any criticism of Israel’s actions — which included killing almost 1,500 Palestinians, leveling Gaza’s civilian infrastructure and residences, and unleashing illegal chemical weapons on noncombatants, amongst other atrocities — was met with the unmoved reply, “But what about the rockets?”

This past summer, as Israel re-visited genocidal terror on the Gaza Strip for the third time, “What about the rockets?” was updated to “But what about Hamas?” (Alternative versions of this question include the demand that anyone who criticizes Israel affirm that Hamas is a terrorist organization.)

An echo of Israel’s explicit rationalization of Operation Protective Edge, “But what about Hamas?” alleges that the people “in charge” of Gaza are terrorists. Therefore it is appropriate, even necessary, to destroy its hospitals, mosques, schools, and disabled persons facilities, as well as catastrophically traumatize, injure, and murder the people who live there.

(As we pass the 13th anniversary of the opening of the prison at Guantánamo Bay and read the completely unsurprising if nevertheless still shocking Senate Torture Report, one shudders to think what Americans must deserve for having twice elected George W. Bush into office — much less Barack Obama, drone war trailblazer extraordinaire.)

Further proof that Gazans deserve the havoc and destruction visited upon them is the specious claim that they use children as human shields. To this day unproven, the human shields argument provided ideological cover for Israel’s extermination of more than 500 children during this war and solidified the empire-serving propaganda that Palestinians don’t value life, much less the lives of their children, the same way civilized Israelis do.

The human shields argument had particular resonance in the US, where it trickled down to street level protest. In Boston, Zionist counter-protesters assembled at every anti-Protective Edge demonstration, responding to our chants of “Free Palestine!” with “…from Hamas!” Most telling was the sign brandished by paid Zionist agitator Chloé Simone Valdary (who graced us with her presence more than 1,500 miles away from her New Orleans hometown, where she is also a student), clearly illustrating the difference between “us” and “them” on the issue of the value of human life:

I was reminded of these moments as I listened to reports of #Black Lives Matter counter-protesters who assembled in ostensible defense of police officers in New York City. In the frequent criticisms of Ferguson protesters as “violent” and the dismissal of street demonstrations as “looting,” I hear clear echoes of the criticism of Palestinians as “violent” and the dismissal of Palestinian political violence as “terrorism.”

For example, in response to the chant, “Hands Up Don’t Shoot!,” a nationwide refrain of #Black Lives Matter demonstrations across the country (and an invocation of Brown, who was shot dead by Officer Darren Wilson with his hands in the air in the universal sign of surrender), counter-protesters yelled back in response “Hands Up Don’t Loot!”

Further investigation on Twitter revealed an even more vicious version of this re-purposed chant: “Pants Up Don’t Loot!”

These street-level counter-protesters were matched by the higher-ups, most prominently former New York City mayor Rudy Giuliani, who grabbed media attention by invoking the specter of “black on black” crime. Sidestepping the fact that Ferguson raises the issue of unaccountable state violence against black people, Giuliani changed the subject to focus instead on the criminal and dysfunctional nature of black people themselves (incidentally casting himself as a great savior of black lives along the way).

Indeed, remember the spinning of Michael Brown as “no angel” in the immediate aftermath of his murder? Without even a mention of the officer who killed him, the Ferguson police department proceeded to release surveillance video of Brown stealing cigarillos from a convenience store and accused him of smoking marijuana.

The implied conclusion of this line of reasoning is apparently that shoplifting and pot-smoking mean Michael Brown deserved to die. Or, more precisely, that he deserved to be murdered by police. (I wonder if the same holds true for Giuliani’s daughter.)

From Ferguson to Palestine, there are chilling parallels in these reactionary responses. One is the claim that the very nature of the people in question renders them deserving targets of state violence. Palestinians are terrorists who don’t love their children. African Americans are lazy, stupid criminals. The proliferation of tweets under the hashtag #IfTheyGunnedMeDown highlights the rhetorical sleight-of-hand whereby black people are held responsible for their own deaths at the hands of police.

Another parallel is the suggestion that it is actually the marginalized and oppressed who are victimizing themselves.

Each of these “arguments” purports to justify state violence. In the first, Palestinians and African Americans deserve death because of their terrorist and/or criminal natures. Killing happens because the nature of the murdered invites it. In the second, Palestinians and African Americans are actually the ones doing the killing, not cops or Israel, so there’s not really a problem with state violence at all. Killing happens because the murdered are killing themselves.

It doesn’t matter that these arguments are inconsistent with one another, much less which one of them is, uh, “true.” Like a racist shell game, the only thing that matters is the one thing that is consistent between them: the reversal whereby the victim is portrayed as the aggressor and the aggressor, the victim.

For Giuliani, David Brooks, Darren Wilson, and the likes of FOX News, it is white people in general and white police officers in particular who are the victims of demonic, terrifying, criminal black people. For Netanyahu, Charles Krauthammer, and the rest of the Zionist lineup, it is Israel who is the victim of evil, terroristic, life-denying, Muslim/Arab Palestinians.

In another place, I have described arguments like these as a form of slave morality. They are reactionary attempts to portray oneself as a victim of forces beyond one’s control and a moralizing justification of extracting compensatory revenge against them.

The thing is, when it comes to American cops and Israeli soldiers, they are not the weaker power. They are avatars of the state — two of the most powerful and heavily armed states in the world at that. Their victims are the subordinated, segregated, and formerly enslaved, on the one hand, and dispossessed, indigenous refugees on the other. To drop the white hankie and play victim is fundamentally to obscure the unequal relations of power that characterize white supremacy in America and Zionist supremacy in Palestine.


Recently, a delegation of US black activists and youth leaders from Ferguson and beyond returned from a 10-day solidarity trip to Palestine. In crossing checkpoints, they were reminded of US prisons. In witnessing Palestinians’ limited freedom of movement, they gained new insight into apartheid and the seemingly infinite permutations of white supremacy

These are the kinds of connections African Americans and Palestinians are beginning to make, and they’re not on the wrong track.

The conservative guardians of the social order had best be on notice.

Heike Schotten is Associate Professor of Political Science at the University of Massachusetts Boston, where she teaches political theory, feminist theory, and queer theory (her work is available here). She has been active in the Palestine solidarity movement since 2006.