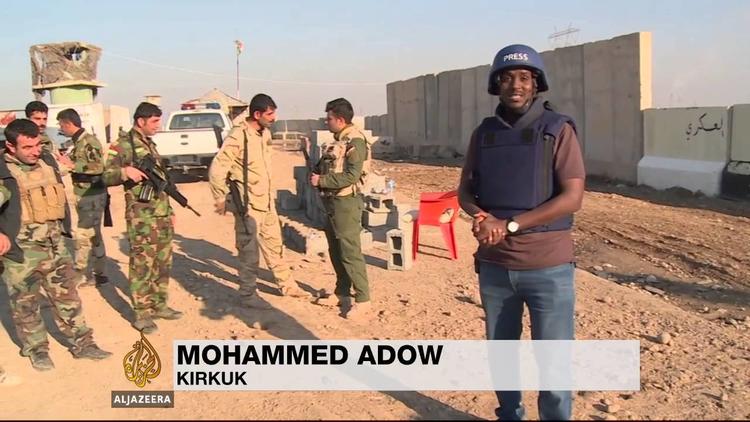 Barack Obama wanted to be the president who got the US out of Afghanistan and Iraq, and turned America’s diplomatic energies to the more promising Pacific Rim.

2014 was the year in which he failed decisively at these objectives. He has had to keep 10,000 US military personnel in Afghanistan, given the continued strength of the Taliban and the untested character of the Afghanistan National Army.

The collapse of the Iraqi army in June in the face of a popular uprising coordinated with Daesh (ISIS or ISIL) in the Sunni Arab north brought him back into Iraq. Not only are US aircraft bombing Iraq daily, some 3,000 US military personnel are in the country, and a military command is being created. Obama’s strategy against Daesh has had several successes since June. The minions of Ibrahim al-Samarra’i (who styles himself ‘caliph’ Abu Bakr al-Baghdadi) have been pushed back from most Kurdish territory and no longer menace Erbil, the capital of Iraqi Kurdistan. They have been denied their stronghold at the town of Jurf al-Sakhr in southern al-Anbar Province southwest of Baghdad, and the capital seems more secure than it did last summer. They have lost territory in Diyala province, and just this weekend the Iraqi army, Shiite militias, Iranian Revolutionary Guards, and the Kurdistan Peshmerga paramilitary expelled them from Dhulu’iya northeast of the capital. The Iraqi forces have also pushed them back from the center of Beiji, the refining city. Most dramatically, the Peshmerga, aided by US close air support and Syrian Kurdish guerrillas of the YPG, took Mt. Sinjar from Daesh and rescued thousands of Yezidi Kurds who had been in danger of being killed and ethnically cleansed. Ironically, the US and Iran are de facto allies against Daesh in Iraq.

The Pentagon is planning a spring offensive against Daesh in its major base, Mosul. The challenge for Obama will be to expel Daesh from Mosul without reducing the city to rubble and killing large numbers of non-combatants, and to do it in alliance with Sunni Arab forces and not just the largely Shiite Iraqi Army and its radical Shiite militia auxiliaries or the Kurdish Peshmerga, both of whom Iraq’s Sunni Arabs would view as aliens. That is no mean challenge. But Obama did get lucky in his antagonist: Daesh is so brutal that most Mosulawis will likely be delighted to see it defeated.

The good news from the region, that Tunisia has had a relatively successful democratic transition, with the election of a full-term parliament and a president, should have led the US to reward Tunisia with more foreign aid. (US aid is piddling and is aimed at military allies, not at countries that actually need it). Obama should raise the profile of Tunisia in US aid and trade, to help it consolidate its new democracy.

Obama took his campaign against Daesh to Syria, where it rules over most of al-Raqqah Province in the east. The US and allies are bombing Daesh positions, equipment and buildings there, to prevent it offering logistical support to Daesh in Mosul. (This effort has been aided by the advances across northern Ninewah Province in Iraq of Kurdistan’s Peshmerga, which appears to have cut Daesh in Iraq off from its Syrian territories.

Obama’s strategy in Syria is a mess, since he wants to defeat Daesh, al-Qaeda (Jabhat al-Nusra or the Support Front), and their enemy, the Baath regime of Bashar al-Assad. But if Obama does weaken Daesh, likely the Baath regime and al-Qaeda will benefit. The US has also bombed the Support Front, what with it being al-Qaeda and all. So it is hard to see how Bashar al-Assad is not the ultimate beneficiary here. Obama said that he wanted to train up a new Free Syrian Army that would be ‘vetted,’ ‘moderate,’ and capable fighters. But Congress removed from the budget the $300 mn. Obama set aside for that training. The training is envisaged as being in Saudi Arabia. But Riyadh is backing the Islamic Front, a breakaway hard line Muslim religious faction that had formerly been in the Free Syrian Army coalition. The Islamic Front, which has a position at Aleppo in the north, now says it rejects democratic elections and wants sharia (Islamic-law) rule. So it is hard actually to see much difference between the Saudi-backed “moderates” and the hardliners in the Support Front and Daesh, except that they are for now allied with an ally of the US (but one, the religious and foreign policy of which is often troublesome to Washington).

The fact is that Obama needs Iran’s support for the central Iraqi government in Baghdad. He therefore cannot afford to bomb Bashar al-Assad’s facilities in Syria, since Iran is allied with al-Assad. If Obama is not careful, he will end up helping al-Assad reestablish a fragile control over most of the country. This outcome would be horrible, since al-Assad is a war criminal. But one has to admit that Obama equally cannot allow Daesh or al-Qaeda to take over Damascus.

Obama’s Secretary of State, John Kerry, failed in his effort at new peace negotiations between the far-right Israeli government and Palestine. The failure led to severe tensions in Jerusalem, the West Bank and Gaza and fed into Israel’s massive assault on the tiny Gaza strip this summer. Kerry pressured Nigeria and Rwanda to reject the resolution on the end of the Israeli occupation of the West Bank and Gaza presented by the Arab League to the UN Security Council. Obama and Kerry appear to hope against hope that the hard liners will be defeated in the Israeli elections scheduled for spring and that they will have an opportunity to get the parties back to the negotiating table. But that is a slim reed, and it seems likely that the resolution of this conflict is no longer in US hands. The Palestinians are threatening to go to the International Criminal Court, and a ruling there against Israeli squatting on Palestinian territory captured in 1967 will likely provoke an acceleration of moves toward boycott, divestment and sanctions on Tel Aviv. Obama may be reduced to watching as the rest of the world takes action on this issue.

Obama seems determined to stay away from Libya, which has collapsed. Those who blame Obama for its collapse are typically doing so irrationally. Syria is in a much worse condition than Libya, and Obama is blamed for *not* intervening there. The fact is that Libya, Syria and Yemen all fell into revolution and political violence. All Obama did in Libya (quite against his own instincts) was to help level the playing field and prevent a massacre, Homs-style, of Libyan revolutionaries by the Gaddafi regime’s heavy weaponry. The revolution was that of the Libyan people. Gulf states unwisely flooded the country with RPGs and other weaponry, which allowed the militias to go on fighting after the revolution. In the past year in particular, social order has collapsed. It does not seem wise to me for Obama to have no policy at all in Libya. It appears that he does not. The GOP, which is still angry about what they think happened in Benghazi (it didn’t) should channel some of that rage into finding a way to help train a new and cohesive Libyan army so as to prevent further such attacks on US interests.

Yemen has fallen to the Zaidi Shiite Houthis of Saada in the north, and they are advancing west and south. This extraordinary development does have security implications, since Yemen bestrides the Bab al-Mandab, the opening from the Indian Ocean into the Red Sea, through which some 10 percent of world trade goes. The only silver lining is that the Houthis are deadly foes of al-Qaeda in the Arabian Peninsula, based in south Yemen. to the extent that the US is still droning AQAP, it is de facto allied with the Houthis in this regard. On the other hand, the Houthis chant ‘death to America!’ a la the Khomeinists in Iran. It is hard to know what Obama should do about all this, if anything. His instinct, to forward such matters to his ally, King Abdallah of Saudi Arabia, would serve him poorly here, since Saudi meddling against the Zaidis in Yemen helped to provoke the militancy of the Houthis in the first place.

Obama’s negotiations with Iran over its civilian nuclear enrichment program, aimed at ensuring that it stays civilian, could come to a head in 2015, or crash and burn. Either outcome will be a game changer for US Middle East policy, but arguably successful negotiations would be more of a game changer. Failure could lead to severe US-Iran tensions, especially given the severe American sanctions on Iran and the fall in price of petroleum, which will hurt the Iranian economy. The economic bad times in Iran will be blamed on the US, and that sort of thing could lead to hostilities.

2015 is likely to be a pivotal year in the Middle East. Daesh/ ISIS will likely prove to be a flash in the pan, and could well suffer substantial setbacks in the next 12 months. But the hard diplomatic and political work of putting Iraq back together will remain (if it can be accomplished at all). Libya and Yemen may not be done falling apart, and their downward spiral into failed state status has security implications, for Europe if not directly for the US. The Syrian regime may reassert itself; it its plan to take Aleppo succeeds, it could become unassailable, even if it cannot control the entire country any more. How will the US deal with a resurgent Bashar now that he has the blood of tens of thousands on his hands?

Obama’s best hopes for breakthroughs in the region are a consolidation of democracy in Tunisia, a win in Israel for the center-left coalition led by Livni and Herzog, a successful conclusion of the negotiations with Iran, and a decisive defeat of Daesh in Iraq. If he gets all four, he may have a winning hand. If he loses all four, and if state collapse continues in the region, it could be a rough year for US interests and Obama will continue to look weak. The latter outcome in turn would have potentially have an effect on the 2016 presidential race. Obama needs a Tunisia, Libya and Yemen policy if he is to avoid that outcome.