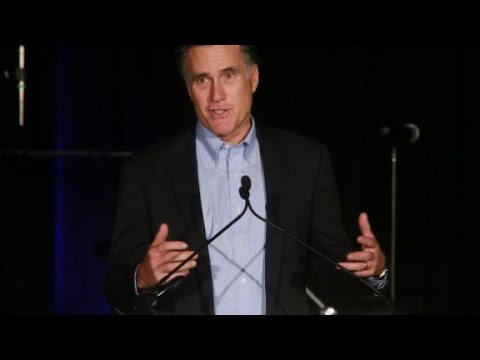 Likely the reasons Mitt Rimney decided not to run for a third time are financial – the big money just wouldn’t make another bet on a serial loser.

But here is why he shouldn’t have even thought about running in a rational world:

1. In his famous slam at the 47% of Americans who depend on the government he included veterans and retirees who paid into social security in the ‘moocher’ category. Veterans!

2. After inventing Obamacare as governor of Massachusetts, Romney did an about face and condemned the idea of universal health care coverage. He was just pandering to the Tea Party & was willing to see millions of working poor families risk bankruptcy or death rather than support his own plan as implemented by Obama.

3. When pressed for an alternative to Obamacare, Romney urged emergency room treatment. But ER physicians pointed out that there aren’t enough to meet the need. And, ER treatment costs are very high and are passed on to the taxpayer. I.e. ER treatment for the poor is a huge stealth tax on the middle class.

4. Romney pledged to do the ‘opposite’ of Obama in foreign policy, complaining of Obama’s opposition to creeping Israeli annexation of the Palestinian West Bank. Indeed Romney urged kicking the can down the road, i.e. Doing nothing as the Likud Party gobbles up the rest of Palestine…

5. …and slamming Obama’s Iran talks and threatening to undo them in favor of a more war-like stance toward Iran– i.e. risking war with that country.

Romney keeps crowing about being a foreign policy prophet, but on Iran and Israel-Palestine he has no idea what he is talking about.
And on domestic issues he was either an insufferable millionaire snob or lacked the courage of his own convictions. Not presidential material.