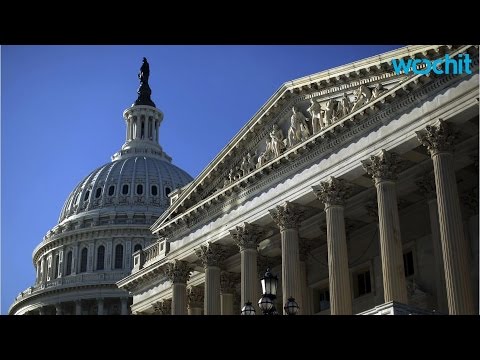 WASHINGTON — Should U.S. President Barack Obama and Western powers reach a nuclear deal with Iran, they could face a new hurdle: a Republican Congress.

Republicans are eyeing various Iran-related measures, including legislation to impose fresh sanctions should talks fail and to require congressional review of any deal.

The Obama administration opposes new sanctions during the negotiating period and Iran has said that they could pull out of talks should Congress pass new sanctions.

“Surely you would think Congress would want to weigh in on a nuclear negotiation,” Corker, a Republican from Tennessee, said.

But with senior U.S. officials slated to meet with Iranian officials next week in Geneva, the White House wants Congress to give its negotiators room to maneuver.

“We have long believed that Congress should not consider any new sanctions while negotiations are under way, in order to give our negotiators the time and space they need to fully test the current diplomatic opportunity,” a senior administration official, speaking on condition of anonymity, told RFE/RL.

Senator Tim Kaine, a Democrat from Virginia said European diplomats involved in the negotiations have also expressed concern about potential new sanctions in a recent meeting.

The two measures Republicans are focusing on have their origins in the last Congress.

Senators Mark Kirk, a Republican from Illinois, and Robert Menendez, a Democrat from New Jersey,introduced a bill slapping sanctions on Iran should a deal fail or Tehran cheat on the interim agreement.

The bill gained 16 Democratic co-sponsors, but some of them backed off calling for a vote on the bill amid White House opposition. Others lost re-election last November.

The second bill was sponsored by Corker and South Carolina Republican Lindsey Graham. It would require that the foreign affairs committees in both the Senate and the House of Representatives review any Iran nuclear deal the administration reaches.

Before Republicans took control of the U.S. Senate, Harry Reid, a Democrat from Nevada who was then the majority leader, prevented the bills from coming to a vote.

But now, with the Republicans enjoying a 54-46 majority, they will have an easier time bringing Iran-related legislation to the floor for a vote. The Democrats, however, could still mount a filibuster unless the Republicans can garner 60 votes.

Corker said he was looking at revisions to make his bill more “palatable” to Democrats. Menendez also said he too was working on his bill.

“We’re working on what that will look like,” Menendez said. “At the appropriate time, I would be supportive of it, assuming we have an agreement on the underlying text.”

He added that the measure could only succeed if it is “bipartisan.”

Kirk said he was eager to get Democrats on board and was working with Menendez and Charles Schumer of New York to get more senators on board. He said the goal was to round up 67 votes, enough to override a veto from President Obama.

“We’re building to make sure that my bipartisan partners — Menendez and Schumer — are very happy,” he said.

But it is unclear how many Democrats will be willing to sign on.

“We shouldn’t do anything in the middle of a negotiation that makes it less likely that diplomacy will work because the program is either going to end diplomatically or it’s going to end militarily, and we should maximize the chance for a diplomatic outcome,” Kaine said.

“I’m going to look at any proposed legislation and ask myself the question: is this going to enhance diplomacy or is it going to screw up diplomacy?”

“We’d probably vote on both bills in February,” Graham, the Republican from South Carolina, said.

An aide to Senate Majority Leader Mitch McConnell, a Republican, from Kentucky, said there was no timeline yet.

“It sets forth deadlines to get a good agreement,” he said.

But this is not a viewpoint shared by the administration.

“Sanctions alone are not going to get us to a comprehensive deal that extends breakout time and cuts off Iran’s pathways to fissile material for a nuclear weapon,” an administration official said.”That is why we are negotiating.”