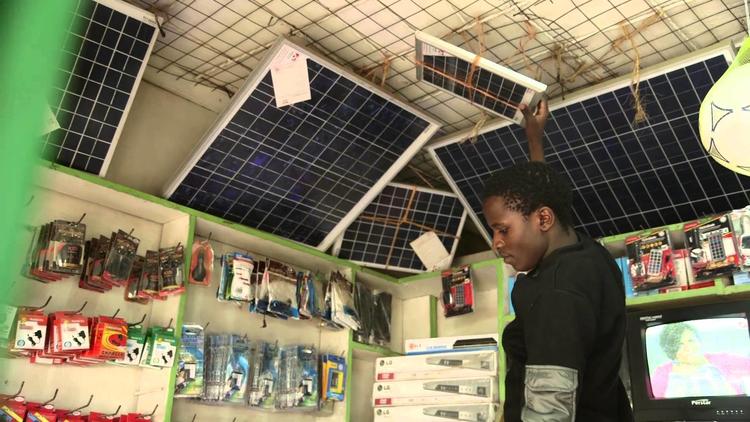 “Africans have been waiting for decades for the mains electricity which the rich world takes for granted. Sub-Saharan Africa’s 910m people consume less electricity each year than the 4.8m people of Alabama. Many more who are on the grid suffer brown-outs and dangerous surges in current. But a solar revolution is afoot.

In 2009 just 1% of sub-Saharan Africans used solar lighting. Now it is nearly 5% or 11m people. The International Energy Agency, a Paris-based government think-tank, reckons that 500m more people will have solar electricity by 2030,

Why is solar power spreading so fast in Africa? There are three main reasons.

First, solar panel technology has improved. Efficiency gains and mass production mean that modern photovoltaic panels have plunged in price per watt – to around 30 cents.

Second, low-energy bulbs have got better and cheaper. Modern solar lamps cost as little as $8—they charge by day and give light by night. They replace costly and dangerous alternatives – Africans waste $10 billion a year on kerosene. Even worse are candles, open fires—or darkness, which hurts productivity and encourages crime.

The third, crucial development is in storage, as lamps are needed at night and solar power is collected in the daytime. Old nickel cadmium batteries wore out after 500 recharges; lithium-based ones can manage 2,000 and store much more electricity

Additionally, solar power is increasingly well-financed in Africa. Aid donors are sponsoring more ambitious projects – specially designed fridges and televisions, for example. Bigger solar systems can run a school or clinic, a grain mill or irrigation pump, or even a whole village.

Some dismiss solar as a second-best solution. But conventional, centralised electrical grids have proved unreliable and inefficient in the past — and solar is much better than nothing.”

The Economist: “Why solar power is spreading so fast in Africa”