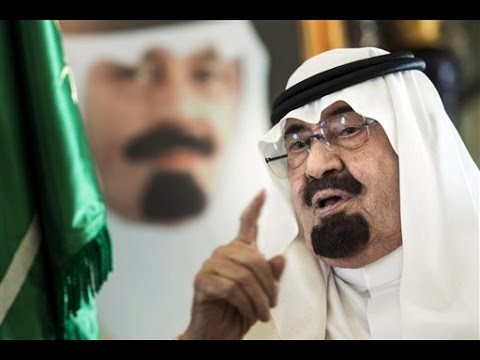 This article appeared at The Nation earlier this month. I’m reprinting an excerpt on the occasion of King Abdallah’s death

. . . the kingdom faces a severe budget shortfall because of the plummeting price of petroleum. All this instability takes place against a backdrop of substantial regional turmoil. Ailing King Abdallah look[ed] out over the region and s[aw] civil war in Syria, popular unrest in Bahrain and Yemen, democratic elections in Tunisia, the rise of Daesh (the Arabic acronym for ISIL or ISIS) in Iraq and eastern Syria. He worrie[d] about the prospect of a warming of ties between the United States and Riyadh’s arch-enemy, Shiite Iran. The borders of the kingdom are insecure as seldom before in recent decades.

The typical Saudi way of dealing with such threats is to throw money at them, which is why it is significant that petroleum prices have hit five-year lows this month. When the Arab youth revolutions began in 2011, the Saudi Arabian regime reacted quickly to ensure that they did not spread to the kingdom. Its tool of counter-revolution? Domestic welfare spending in the tens of billions. That tool has been blunted by the prospect of an enormous budget deficit. Saudi Arabia pumps 9.7 million barrels a day of the some 93 mn. b/d produced in the world, and would rather run some deficits than lose market share. But the domestic implications of this export policy are a question mark.

In some ways, the very efforts of the Saudi regime to make the region safe for absolute monarchy and hard-line Wahhabi fundamentalism have boomeranged on the House of Saud. It probably is not the case that Riyadh ever directly supported Daesh, but it has supported rebels in Syria, and likely Iraq, that differ little from the latter in religious ideology. The Saudi princes are used to a domestic situation where ultraconservative religion is a pillar of support for the status quo and the monarchy. They seem not to realize that similar religious puritanism, when rebranded as “Salafism” in Sunni republics, has a tendency to turn radical and revolutionary, even to turn to terrorism. Martin Luther, after all, had not intended to provoke peasant revolts, and he ultimately denounced the Protestant revolutionaries.

In Syria, the Saudis are backing militias that hived off from the Free Syrian Army and declared themselves “the Islamic Front.” They are hard for outsiders to distinguish from the radicals, such as the Support Front (Jabhat al-Nusra, which has affiliated with Al Qaeda) and Daesh. The Islamic Front now rejects democracy in favor of a state ruled by their medieval interpretation of Islamic law (sharia). While the Islamic Front has had some successes, it has suffered reversals at the hands of the other fundamentalists and could not be said to be the leading rebel force. In the past year, the regime that the Saudis are trying to overthrow, that of President Bashar al-Assad, has regained some momentum in the civil war, taking the central city of Homs decisively.

Even as the Saudi-backed Islamic Front has been confined to a few enclaves, its rival, Daesh, is expanding its territory in Syria and has taken over much of Sunni Arab Iraq. That expansion puts the “caliphate” of Ibrahim al-Samarra’i (who styles himself Caliph Abu Bakr al-Baghdadi) on the borders of Saudi Arabia. Daesh would like nothing better than to infiltrate Saudi Arabia and get hold of its oil riches. It is thus ominous that on Monday, suicide bombers managed to kill the Saudi general, Oudah al-Belawi, who was in charge of security on the border with Iraq.

The Saudis are also concerned that if Daesh is defeated, it will be at the hands of the Shiite Iraqis and Kurdish fighters backed by Iran, and that with the subduing of the Sunni Arabs militarily, the country will become decisively an Iranian sphere of influence. In a bid to retain influence, the king is opening a Saudi embassy in Baghdad for the first time in twenty-five years and is pressing that the interests of Iraqi Sunnis not be sacrificed to the defeat of Daesh. In Yemen, the Saudis had long feared the Zaidi Shiites of the north, whose tribes predominated along the Saudi border. Saudi efforts to proselytize Yemenis and to convert them to hard line Salafi Sunnis, backfired when the religiously moderate Zaidis developed a radical wing led by Husain al-Houthi, which rebelled against the nationalist government a decade ago. The government was weakened by the 2011 revolution, with President Abed Rabbo Mansour Hadi widely considered at most a transitional figure to democratic elections. Last fall, the Zaidi tribesmen took the capital, Sanaa, subordinating the government to themselves, and expanded their reach to major Sunni population centers. The Saudis, miffed at Houthi denunciations of Riyadh and Wahhabism, threatened to cut off aid to Yemen (one of the few things keeping the government afloat). The Zaidis are seen by Saudi Arabia as friendly toward Shiite Iran, and Riyadh is distressed that a hungry neighboring country of 24 million has been captured by a fierce critic…