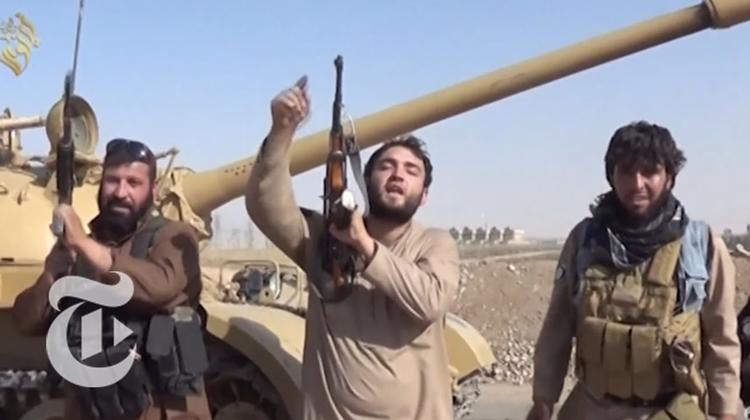 To combat radicalism, EU countries should avoid considering an increased interest in the origins and nature of Islam as a sign of potential radicalization, while Muslim states should encourage the youth to analytically inquire about their religion and systematically reject radical Islamism based on that inquiry

Debates on whether the Islamic State of Iraq and al-Sham (ISIS) represents Islam or is a malevolent distortion of the religion continue to divide not only Western skeptics and Muslims outraged by ISIS, but also domestic political frontlines in the U.S. and EU. This debate gained new momentum as renowned German journalist, Jürgen Todenhöfer, 74, managed to gain exclusive access to ISIS-controlled territories, reporting that the group is much stronger than we realize, concluding that to defeat the militant group we must have a deeper understanding of what it is and what it stands for.

If we were to follow a linear logic, we would conclude, as have the skeptics of Islam, that ISIS represents and stands for Islam. After all, ISIS is composed exclusively of Muslims, it claims to speak in the name of Islam, it has declared itself to be the caliphate, and it overwhelmingly quotes Quranic verses and concepts while slaughtering Muslims and clerics, beheading Westerners, tearing down places of worship and historical sites and forcing women and girls into the sex trade and slavery. Moreover, the violent doctrine and militancy of the 21st century’s self-claimed caliphate are not without historical precedence – they, in fact, rekindle parts of the Islamic past.

There is, however, one simple fact that linear logic misses – something belonging to the past does not make that thing authentic or true. That is, the past that ISIS revives and continues is not the “true Islam,” untouched by modern reform, but a part of the Islamic past that fell far outside the belief system and practices of normative Islam by the standards of the same Early Islam itself.

Needless to say, Azraqites considered themselves the only true believers within the entire Muslim world of the time, and their camp was the adobe of Islam. Whoever remained outside their camp and did not submit to their view was only nominally Muslim, and those Muslims, living within the Muslim community, threatened the purity of Islam. Kharijites drove this distinction from the Quranic dichotomy of “mumin” versus “kafir,” or believer versus unbeliever, but they corrupted the inner structure of these concepts and flawed their etymological meanings.

With the Kharijite distinction of real versus nominal Muslims, kafir no longer simply meant unbeliever as defined by the Quran, it now meant heretic. Azraqites took it a step further declaring non-Kharijite Muslims to be “mushrik” – one who commits the unpardonable sin of idolatry. There was more corruption to come. Azraqites ruled that a single sin would excommunicate a Muslim, although this very clearly went against the Quranic doctrine on sin. They also considered it to be lawful to kill whomever they defined as a disbeliever, spoil their possessions and slaughter and enslave their women and children. With this flawed interpretation, Azraqites denounced prophets of the past as heretics and their contemporaneous Prophet Ali, the cousin of Prophet Muhammad, as a sinner, subsequently assassinating him. Furthermore, a number of them engaged in the practice of “istirad” – asking people to expose their beliefs – the choice was simply between death and submission to the Azraqite view of Islam.

It was based upon this corruption of Quranic concepts that Azraqites formulated their version of Islam, laying the foundations for radical Islamism from 18th century Wahhabism to today’s radical Islamist terrorism. We should briefly take note that the Azraqites were not theologians, not in the sense of the dialectic study of belief. Rather, their belief system was developed under shadow politics mainly focused on defeating their opponents on the question of the rightful ruler of the “umma” – the community of Muslims.

It is difficult not to see the stark similarities between the actions and religious doctrine of ISIS and that of the Azraqites. By declaring itself the caliphate, ISIS gave more than a political message. It has declared its camp as the adobe of Islam, composed of only true believers. Whoever remains outside the caliphate is a “kafir,” in the sense of the word used not by the Quran, but by the Azraqites. Just like the seventh century fanatics, ISIS too, based on the distorted formula of disbeliever versus believer, considers it lawful to kill anyone who it sees as an unbeliever be they Muslim, non-Muslim, Sunni clerics, women, children, and enslave them, spoil their possessions and burn their places of worship.

Early Islamic theologians from Ibn Hazm to Taftazani to al-Ghazali, who disagreed upon many aspects of Islamic theology, tightly agreed that “kafir” only meant unbeliever and one who professes to believe is considered a believer. Moreover, major schools of Islamic thought agree that belief is inner belief and the locus of it is the heart. God is the only one that can know one’s heart, not even the prophets have that ability, or indeed the duty, to separate true-Muslims from nominal Muslims. The hadith makes this clear. In response to a man who accused others for pronouncing what is not in their hearts, the Prophet Muhammad said: “I assure you I have not been sent [to you as a messenger of God] in order to split open the hearts of men.”[i]This demonstrates that no authority other than God can judge sincerity of the confessor nor can one confer another’s spiritual destiny. In regard to unbelievers, Islamic doctrine is unambiguous – it absolutely forbids killing unless there is a need for self-defense. Furthermore, as I wrote extensively here, belief requires the freedom of choice – one must believe out of volition and through deliberating, inferring and evaluating what she believes.

ISIS violates all of these elements that are core to Islam’s belief system, elements that assign God absolute authority and as such, endow the individual with moral autonomy and freedom of choice while rebuking controlling tendencies of the state or community, particularly when these institutions would try to assert authority over the believer in ultimate spiritual matters.

Recognizing that what ISIS stands for is not Islam itself but its perversion is not just an intellectual exercise to defend Islam it has quite practical consequences. It affects the ways in which we think about and produce policies for de-radicalization.

In the early 2000s, EU countries’ counter-radicalization programs focused on the prison system and protection of the public from terrorist attacks. As radicalization of young Muslim immigrants has become a mounting challenge in Europe, more recently policies have started to concentrate on de-radicalization, seeking to prevent Muslim youth from being recruited to terrorism in the first place. This is the right direction to go, yet there is an overarching problem. EU countries tend to associate radicalism with the putatively innate radical nature of Islam. In other words, any young man or woman who is a practicing Muslim or is devout becomes a potential terrorist. Such an erroneous start leads to the erroneous result that de-radicalization must require de-Islamization of Muslim youth.

France for instance, the country with the highest Muslim population in Europe. A few months back, the Academie de Poitiers prepared a document enlisting individual indicators of Muslim radicalization. Some of the signs that schools and teachers were to monitor included weight loss due to fasting during Ramadan, rejecting tattoos, having a long beard and adopting Muslim attire – religious practices themselves were depicted as signs of radicalization. There are various problems here. This approach fails to recognize the difference between expressions of piety and radicalization, and undermines individual rights, moral freedoms and religious plurality, and it violates secular principles by assigning the state the authority to oversee how much religion one can have.

The same French document also considers an increased interest in Islamic history, origins and the nature of Islam as a sign of potential radicalization. This is a graver problem. A growing individual interest in understanding Islam’s message is not a cause of radicalization. On the contrary, it has been the decline of individual thinking and reflection on religion in Muslim societies that have enabled radicalism in the first place. This trend that started back in the ninth century along with the rise of anti-philosophic Islamic currents was reinforced by post-colonial authoritarian states, be they secularist or Islamist, which oppressed individual moral agency, prevented development of religious identity and co-opted religion to make it serve state power and ideologies.

To combat radicalism we need to revive the individual thinking about Islam that is no longer satisfied with inherited knowledge, imposed from above whether it is the state or an authoritarian community. Only after that is one able to discern with certainty between what is flawed and what is not. Paradoxically, the rise of ISIS has had a very constructive consequence in that sense as it has finally awakened a consciousness among Muslims, individually and collectively, to analytically inquire about their religion and systematically reject radical Islamism based on that inquiry. It is essential to keep this interest awake and channel it in the right direction to instill Muslim youth with a proper knowledge of Islam. This rising interest gives a great opportunity to the world to dry the roots of radicalism, and to Europe to tackle the issue of de-radicalization without violating its own democratic principles, unless of course, it is cut out by policies informed by Islamophobia.

The New York Times from last month: “The Evolution of ISIS”