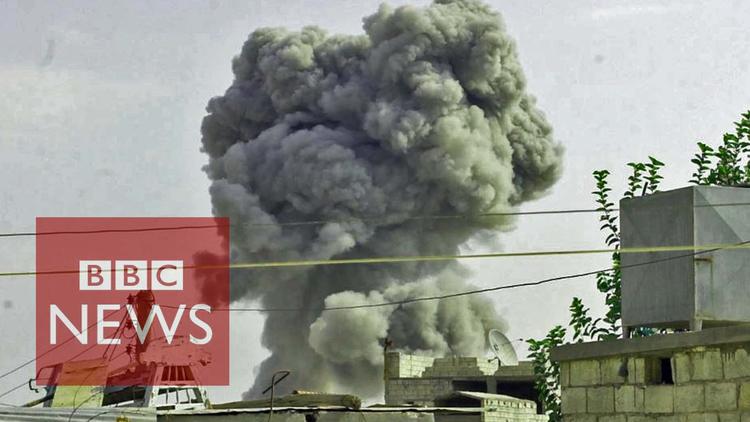 Kurdish forces (including both the local YPG and Peshmerga units from Iraqi Kurdistan), and supported by Free Syrian Army troops and coalition air strikes, have largely recovered Kobane from rule by Daesh (called in the West ISIL or ISIS).

Kurdish forces have recovered control of the downtown where the government buildings are, as well as some 80% of the city. Daesh fighters still have about 20% of it, especially in the south. The air force of the US and other allied countries has conducted air strikes on Daesh fighters and equipment, killing 14 fighters.. The latter they have been much weakened. Kurdish forces are preparing to try to take some villages in the vicinity of Kobane, as well.

It is so far a remarkable story of resilience and even come-back. Kobane, which Arabs call `Ayn al-`Arab, has held out against all odds. Neighboring Turkey would not help because the YPG, which is an offshoot of the separatist Kurdistan Workers Party (PKK), is the major local fighting force. Turkey did allow Peshmerga paramilitary units, loyal to the Kurdistan Regional Government of northern Iraq, into Kobane to fight Daesh.

Kobane lies in the north of the Syrian province of al-Raqqa, which is completely in Daesh hands. It is not an old Syrian city but a new town from a century ago, that grew up as a railway stop and then was used as a camp by the Ottomans for expelled Armenians. Kurds settled there from the countryside as Armenians emigrated elsewhere. There are two large longstanding Kurdish population centers in northern Syria that on the surface looked to have much better chances of holding out against Daesh.

Kobane’s position as a hold-out was quite difficult. Thousands of Kurds there and in its environs have fled to Turkey as refugees. That Daesh hasn’t succeeded there shows that coalition air strikes have attrited its heavy weaponry, leveling the playing field for the Kurdish defenders.

Air strikes were directed Monday at Daesh crude oil depots, as well, seeking to deny the terrorist gang of its income from smuggled petroleum.