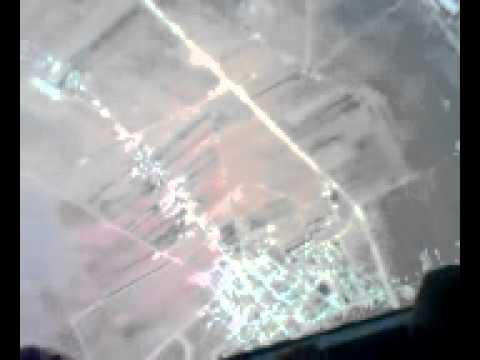 It speaks volumes when the leader of a country feels emboldened to respond with humor when asked on television about a deadly weapon that is responsible for the deaths and maiming of thousands of his citizens.

In a BBC interview broadcasted today, a confident Syrian President Bashar Assad was asked about the use by his forces of barrel bombs, oil drums filled with high explosives and metal fragments that are dropped from helicopters hovering at high altitudes to avoid anti-aircraft fire. They are unguided, cheap, and deadly.

“A childish story,” a smiling Assad replied when asked about the use of these weapons by the BBC Middle East editor, Jeremy Bowen.

“You don’t deny that your forces use them?” asks Bowen.

“I know about the army, they use bullets, missiles, and bombs. I haven't heard of the army using barrels, or maybe, cooking pots,” Assad replies, wittily he seems to think.

Over the last several years, barrel bombs have rained down on rebel-held areas, on bakery lines, houses, schools, and hospitals. They have killed and wounded scores of men, women, and children – far more than the much publicized chemical weapons Assad had to give up.

In this video a Syrian helicopter crew drops a barrel bomb on the town of Aḑ Ḑab‘ah, Syria.

In July of last year, in Tel Rifaat, a young woman told Human Rights Watch researchers how barrel bombs feel on the receiving end: “I was sleeping next to my husband when I woke up and saw stones above me.… My 2-year-old son died and my husband was injured from shrapnel … I remember seeing my son’s body very far from his bed.”

The question, of course, is not whether Assad is lying. He unquestionably is. Rather, the question is why does he feel entitled to put such a perverse sense of humor on display?

The reason is simple: Assad has been getting away with mass crimes for several years. The international fight against the extremist group Islamic State (also known as ISIS) that consumes Western powers has provided him with a much welcome distraction, allowing him to continue the killing unbothered.

Almost a year ago, United Nations Security Council Resolution 2139 demanded that he stop “the indiscriminate employment of weapons in populated areas, including shelling and aerial bombardment, such as the use of barrel bombs.”

But thanks to unwavering Russian and Chinese support for Damascus, the UN Security Council has done nothing to implement this resolution – not even an arms embargo that would prevent Syrian helicopters from being serviced.

So Assad can go on and have fun with barrel bombs while Syrians die.

Philippe Bolopion joined Human Rights Watch as United Nations Director in August 2010. Prior to that, he spent five years working with the French daily Le Monde as the UN correspondent.