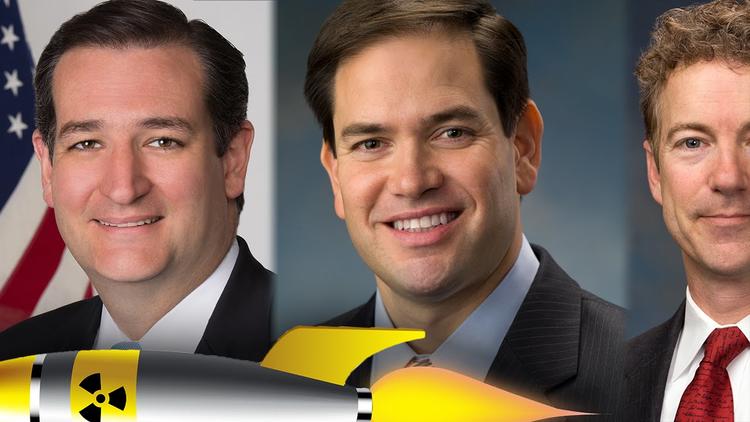 “”Three likely presidential candidates shared the stage Sunday night before a roomful of wealthy donors, engaging in a rapid-fire policy discussion that underscored sharp disagreement within the GOP over global affairs and national security.

The event, moderated by ABC’s Jonathan Karl, marked the first time potential GOP contenders gathered on the same stage at the same time to talk about policy in 2015, a year that’s expected to see a hoard of candidates compete for the Republican nomination in forums and debates.”* The Young Turks host Cenk Uygur breaks it down.”