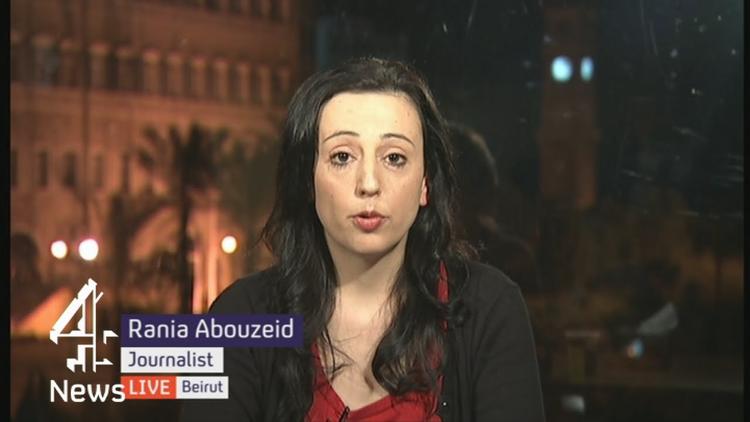 Jordanian protesters came out in the thousands on Tuesday to protest the gruesome murder by Daesh (ISIL, ISIL) of a captured Jordanian pilot, Muath al-Kasasbeh. He was from the central Jordanian town of Karak (pop. 70,000), 87 miles south of the capital of Amman, and crowds came out in its center last night. Protests were also mounted by the Kasasbeh clan, to which the victim belonged, demanding that Jordan leave the US-led coalition. Crowds also rallied in Amman. the capital.

While the masses were protesting Daesh’s cruelty to a fellow Jordanian, then, some of them also chanted against the Coalition that is bombing eastern Syria and even against the Jordanian regime for joining them in bombing Daesh positions in Syria and Iraq.

The Jordanian government responded to the news by abruptly executing Iraqi terrorist Sajida Rishawi and Ziad Karbouli, aid to the late al-Qaeda leader Abu Musaab al-Zarqawi. The two had been considered for a swap for the unlucky pilot.

One opinion poll last November found that 59% of Jordanians supported or strongly supported Coalition bombing raids on Daesh, whereas 28% opposed and 8% strongly opposed this intervention. (Despite the 58/36 split, Jordanians are more hawkish toward Daesh than are Egyptians or Saudis; they are not as hawkish as Lebanese, 76% of which want the Coalition to destroy Daesh yesterday.)

Jordanians have a long tradition of opposing religious extremism. The 2005 hotel bombings in Amman, carried out by the previous incarnation of Daesh, al-Qaeda in Mesopotamia, produced a severe public condemnation of that organization. Jordanians are proud of their capital and its increasing stock of five star hotels, and despise those who attacked them and killed innocents. The now-deceased Sajida Rishawi and Ziad Karbouli were associates of its leader, Abu Musab al-Zarqawi, a car thief and ring leader of the Sunni extremists in Iraq after 2003. Rishawi wore a belt bomb into a fancy Amman hotel to blow up a wedding party, but her belt did not detonate.

Zarqawi was killed by a US strike in 2006, but likely it was Jordanian intelligence that tracked him down.

Some 36% of Jordanians did not want their country to be part of the aerial bombing campaign against Daesh and some of those also did not approve of Americans and European powers getting involved. The modern Middle East has suffered since Bonaparte with Western military invasions, occupations and colonial regimes, and some proportion of the population thinks any Western intervention will be disastrous. About 60% of Jordanians are of Palestinian heritage, who suffered as refugees from being ethnically cleansed by Israelis backed by Britain, which gave away Palestine to the immigrant Jews. All this is to say that it would not be correct to read the 36% who oppose the Coalition intervention as pro-Daesh by any manner of means. Others oppose Jordan getting involved in Syrian affairs, for fear of a backlash.

The pilot’s barbarous execution by being burned alive may increase the number of Jordanians who want Daesh wiped out and are willing to ally with the US and some European powers to accomplish that goal. Jordanian national feeling is running high. The undercurrents of blame on the regime for getting involved with the US-led anti-Daesh bombing raids, however, are a reminder that public opinion could go in the opposite direction.