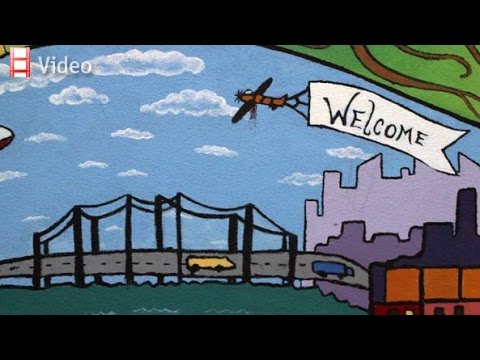 “From Detroit to Philadelphia to Baltimore, policy makers in America’s old industrial metropolises are struggling with the same problem: how to reverse the fortunes of decaying cities. Decades of economic decline and suburbanisation have left their city centres depressed and dangerous. But immigrants – whether students, migrants or refugees – could provide the solution to the spiral of decay. How can immigrants help revitalise a city?

First, immigrants can help transform an area simply by being resident. Newcomers rent or buy property which would otherwise be derelict, buy goods and services and pay income taxes. In cities like Detroit where decades of pension liabilities accumulated when the population was much larger, increasing the population of taxpayers can staunch the flow of cuts to police, schools, infrastructure and other services which make a city worth living in.

Second, immigrants can differ from normal residents in ways which may benefit struggling cities in particular. Because they often can’t get mortgages they move to the toughest–and so cheapest–neighbourhoods, sprucing up houses that natives have left abandoned for years. They usually settle in places where they know family or friends–which means that when an immigrant cluster forms, it attracts new residents from elsewhere. With repopulation, crime often falls, because more people are on the streets to deter scavengers or drug dealers.

Third, because they may not be able to get more ordinary jobs, immigrants set up businesses that can help transform depressed areas. In Baltimore for example 7% of the population was born abroad but 21% of the city’s businesses are owned by foreigners. The districts where they live are often the only places where restaurants and grocery shops outnumber liquor stores and bail bond merchants. That can end up attracting well-heeled natives: one study suggests that for every 1,000 immigrants arriving in an district, 250 natives may follow. Baltimore and Philadelphia, two areas where there are a reasonable number of jobs, have seen neighbourhoods transformed.

But the policy of luring immigrants to cities in decline isn’t working everywhere. Detroit, despite attracting some new immigrants, struggles to keep them in the city. Cities still have to fix the problems that scare off locals and immigrants alike: Terrible schools, poor infrastructure, crime, and most of all, the lack of good jobs nearby. Immigrants can help revitalise a city, but they cannot do it on their own.”

The Economist: “How immigrants can save dying cities”