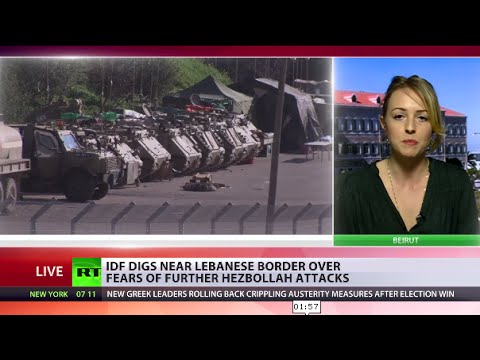 On January 18, 2015 an Israeli military operation lead to the death of Jihad Mughniyah in Quneitra, in the Syrian part of the Golan Heights. According to a retired Israeli general, the timing of the operation that led to the death of Jihad Mugniyah, several other Hizbullah Operatives and an Iranian general of the Iranian Revolutionary Guard Corps (IRGC), is linked to upcoming elections in Israel. The retired general also insinuated that an assassination in 2012 of a Hamas leader was similarly motivated. These allegations were denied by government officials in Israel, yet historical precedent seems to support the idea that Netanyahu is engaging in warmongering in an effort to shore up his popularity.

Operations in Lebanon are often governed by internal Israeli concerns and are often aimed to support an ailing Prime minister or one trying to secure his position. For example, in 1996, then Prime Minister Shimon Peres was facing elections, and wanted to change his image as a “dovish” politician and show Israelis he could be tough in a war situation. He launched operation Grapes of Wrath, which ironically spelled the end of his campaign and led to the elevation of Benyamin Netanyahu to the premiership. Indeed, the Qana massacre (which has come back to haunt another Israeli politician Naftali Bennett) and its 102 civilian deaths was the nail in the coffin of Peres’ campaign.

A decade later, in 2006, Ehud Olmert, recently promoted to the premiership after Ariel Sharon’s stroke, and trying to prove he was tough despite his lack of military background, launched the so-called Second Lebanon War. The war was a total failure and spelled the end of Olmert’s career. His approval ratings plummeted after the war and remained low, and he finally announced his resignation in July 2008, a resignation that was confirmed in September 2008. Benyamin Netanyahu became Prime Minister in 2009 and has since remained Israel’s premier after the 2013 elections.

Yet Netanyahu is facing today an uphill battle in his re-election. The most recent scandal his administration faces is one that one his wife is intimately implicated in, the so-called “bottle” scandal. It involves petty corruption and possibly criminal behavior in addition to abuse of authority. It is not surprising therefore to see him engage in diversionary tactics on three fronts: in the Golan heights after the operation against Hizbullah and Iranian operatives; in the US Congress where Netanyahu is supposed to speak on February 11 to a joint session of Congress on Iran; and in Israel’s relationship with the US and Europe after declaring his government’s intention to build 450 new settlement units in the West Bank.

Indeed each of these arenas represents “a different aspect of the same propaganda front: On the Golan Heights, Netanyahu sought to demonstrate his military leadership; in Congress, his ability to stand up to a president he views as hostile to Israel, and in expanding the settlements, his determination to meet the right’s demands. Netanyahu is removing all the brakes that guided him in office, cruising at full throttle in an election race in which Israel’s interests are considered marginal compared to his lust for victory.”

While Netanyahu is not likely to launch large scale retaliatory operations against Hizbullah in the near future, especially on the scale of 2006 war, we can expect his further actions to be motivated by his electoral ambitions and a desire to draw attention away from wife’s current financial scandal. His decision to go to war will also be further governed by practical considerations arising from Nasrallah’s changing of the rules of the game. Indeed in a speech on January 30th commemorating the “martyrs” of the Quneitra operation, Hizbullah’s secretary general threatened Israeli interests worldwide, therefore moving operations outside occupied areas.

Israel’s foreign minister Avigdor Lieberman has also come out clearly today for the inevitability of a third war with Hezbollah, deploring the poor Israeli response to the Hizbullah operation in the Shebaa Farms, “touting his party , Yisrael Beiteinu, as the only force for ‘decisive action’ in Israeli politics”, and arguing that the choice between the Likud led by Netanyahu and Labor headed by Isaac Herzog is one between “populism” and “naiveté.”

Should Lieberman acquire more power in the next Israeli government following the upcoming March elections, we should certainly gird our loins for a major Israeli operation in summer 2015, a year before the 10th anniversary of what Hizbullah calls its “Divine Victory,” an admitted “failure” that Israeli politicians Israeli politicians feel the need eventually to erase from collective memory in their country.

Rola El-Husseini is Research Associate Professor at the Graduate Center of the City University of New York, MEMEAC.