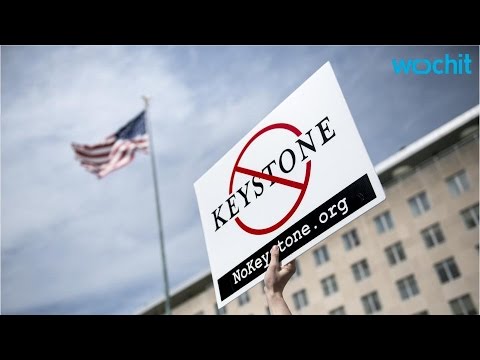 The arguments for rejecting the construction of the Keystone XL tar sands pipeline just got stronger: this time its about carbon emissions. On last Monday, the Environmental Protection Agency (EPA) challenged the State Department to revisit its environmental impact analysis of the pipeline, saying that developing Canada’s tar sands “represents a significant increase in greenhouse gas emissions.” In its letter, EPA pointed out that due to the massive carbon footprint of tar sands oil, the $8 billion project would unleash up to 27.4 million metric tons of carbon pollution more than transporting and burning the same amount of conventional oil. If built, the pipeline would deliver dirty Canadian crude to Gulf Coast refineries that would develop and export it, providing scant benefits to Americans while exposing the entire length of the country to a devastating oil spill and speeding up climate change. EPA’s climate-focused analysis supports a presidential veto of a bill forcing the pipeline’s construction that is expected to be finalized by Congress next week.