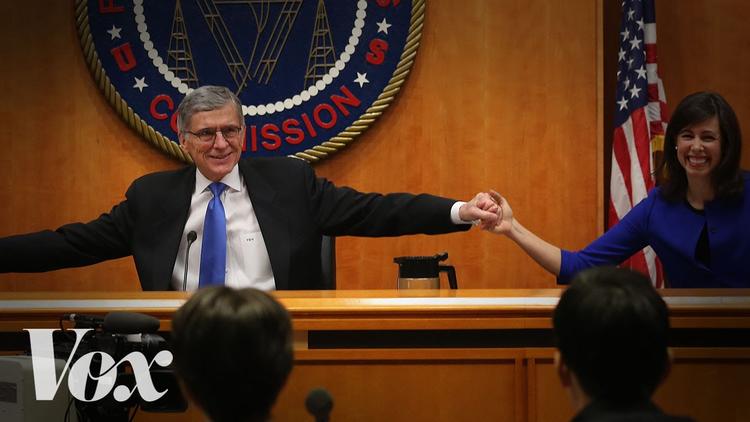 As expected, the FCC’s new rules forbid ISPs from charging Internet users for special treatment on their networks. It will also reach interconnection between ISPs and transit providers or edge services, allowing the FCC to ensure that ISPs don’t abuse their gatekeeper authority to favor some services over others.

That’s great for making sure websites and services can reach ISP customers, but what about making sure customers can choose for themselves how to use their Internet connections without interference from their ISPs? To accomplish this, the FCC has banned ISPs from blocking or throttling their customers’ traffic based on content, applications or services—which means users, hackers, tinkerers, artists, and knowledge seekers can continue to innovate and experiment on the Internet, using any app or service they please, without having to get their ISP’s permission first.

Even better, the rules will apply to wireless and wired broadband in the same way, so you don’t have to worry that your phone switching from Wi-Fi to a 4G network will suddenly cause apps not to work or websites to become inaccessible. Lots of people use mobile devices as their primary way of accessing the Internet, so applying net neutrality rules to both equally will help make sure there is “one Internet” for all.

So congratulations, Team Internet. We put the FCC on the right path at last. Reclassification under Title II was a necessary step in order to give the FCC the authority it needed to enact net neutrality rules. But now we face the really hard part: making sure the FCC doesn’t abuse its authority.

For example, the new rules include a “general conduct rule” that will let the FCC take action against ISP practices that don’t count as blocking, throttling, or paid prioritization. As we said last week and last year, vague rules are a problem. The FCC wants to be, in Chairman Wheeler’s words, “a referee on the field” who can stop any ISP action that it thinks “hurts consumers, competition, or innovation.” The problem with a rule this vague is that neither ISPs nor Internet users can know in advance what kinds of practices will run afoul of the rule. Only companies with significant legal staff and expertise may be able to use the rule effectively. And a vague rule gives the FCC an awful lot of discretion, potentially giving an unfair advantage to parties with insider influence. That means our work is not yet done. We must stay vigilant, and call out FCC overreach…