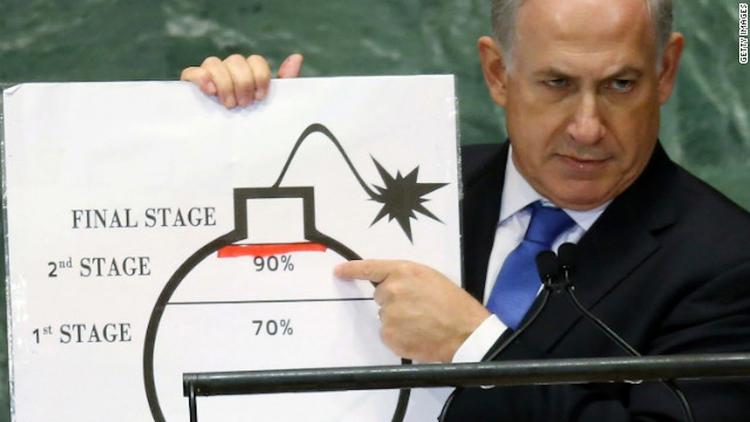 “Benjamin Netanyahu’s dramatic declaration to world leaders in 2012 that Iran was about a year away from making a nuclear bomb was contradicted by his own secret service, according to a top-secret Mossad document.

It is part of a cache of hundreds of dossiers, files and cables from the world’s major intelligence services – one of the biggest spy leaks in recent times.

Brandishing a cartoon of a bomb with a red line to illustrate his point, the Israeli prime minister warned the UN in New York that Iran would be able to build nuclear weapons the following year and called for action to halt the process.

But in a secret report shared with South Africa a few weeks later, Israel’s intelligence agency concluded that Iran was “not performing the activity necessary to produce weapons”. The report highlights the gulf between the public claims and rhetoric of top Israeli politicians and the assessments of Israel’s military and intelligence establishment.”