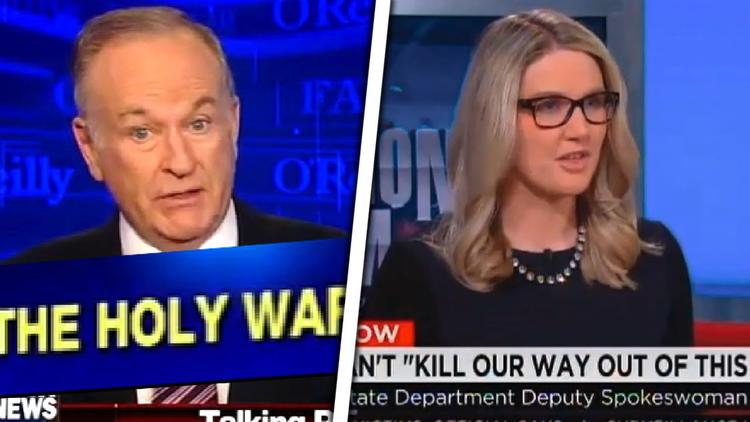 “Bill O’Reilly stated definitively, multiple times tonight, that he believes the United States and the world are in a “holy war” against ISIS and the White House needs to accept that fact. He said, “This is now a so-called holy war between radical jihadists and everyone else, including peaceful Muslims.”

And O’Reilly again faulted President Obama for a lack of leadership in taking on the terror threat. But O’Reilly was also shocked by the “frightening… nonsense” from State Department spokeswoman Marie Harf on how the U.S. can’t kill its way out of war with ISIS. (Harf has since responded to critics by saying her argument might be “too nuanced” for some.)

O’Reilly said Obama needs to “stop living in a theoretical, fictional world” and stop government spokespeople saying things that are “insulting and dangerous to the American people.”

He concluded by reiterating, “The holy war is here.””* The Young Turks host Cenk Uygur breaks it down.”