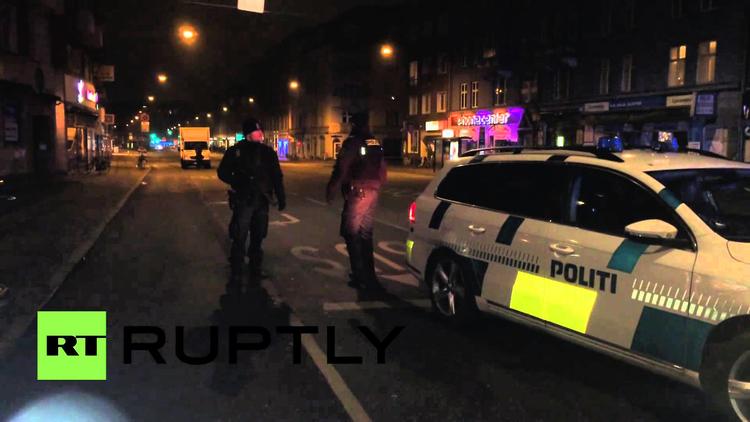 Denmark is a relatively small country, with a population of 5.7 million. But it is relatively wealthy, being the 35th largest economy in the world, producing more goods and services than Malaysia, Israel or the Philippines. Its military is more important than the country’s small size would suggest, since it is well supplied with fighter jets.

The country is clearly in al-Qaeda’s sights, and not only because of the Jyllands Posten publication in 2005 2007 of caricatures of the Prophet Muhammad. A Danish secret agent Morten Storm, went public with claims that he was key to tracking down Anwar al-Awlaki, the American-born propagandist for al-Qaeda in the Arabian Peninsula (AQAP), based in Yemen. On the basis of Storm’s information, he says, the US were able to launch drone strikes against al-Awlaki and to kill him in September, 2011. AQAP therefore has a vendetta against Denmark. The country also supported the Bush invasion and occupation of Iraq, so that Daesh / ISIL sympathizers have an animus against it. The Danish air force is bombing the radicals in Iraq nowadays.

AQAP is the most energetic of the al-Qaeda affiliates in attempting to inflict terrorism on the West, and was behind the 2009 ‘underwear bomber’ plot to blow up an airliner over Detroit, along with other plots targeting Western countries. The Kouachi brothers who spearheaded the attack on Charlie Hebdo in Paris were connected to AQAP and one of them had visited Yemen and been hosted by al-Awlaki in Maarib shortly before the latter’s death. AQAP claimed to have been behind the Paris attacks.

It is too soon to know (if we ever can) who exactly was behind the Copenhagen attacks on Saturday. But they followed very closely the Paris playbook, with an attack on a seminar discussing freedom of speech, attended by one of the caricaturists who lampooned the Prophet Muhammad. Then there was a side attack on a synagogue. These two targets were similar to those in Paris.

At the very least, it would be no surprise to discover that AQAP ordered them. Because this is a possibility, it seems to me that Danish authorities were lax in providing security to a meeting that involved Lars Vilks, the Swedish cartoonist. AQAP or something like it has sleeper cells in Europe and has put the word out (whether formally or informally) to deploy violence. A Moroccan-Danish al-Qaeda enthusiast was just sentenced for trying to support and recruit for al-Qaeda on social media. Seasoned observers warned that the Paris attacks were unlikely to be the last by the radicals.

This kind of violence is extremely useful to al-Qaeda offshoots and affiliates, since it produces a Western backlash against ordinary everyday European Muslims, which can then drive the latter into the arms of the radicals. Denmark has a couple hundred thousand Muslims, and about 2700 Danish converts to Islam. Morten Storm was a Danish biker and misfit who became a radical Muslim and then switched to informing for the CIA. Because Danish Muslims are relatively wealthy and from a relatively wealthy country, and because they are Europeans, al-Qaeda would like to recruit them. But they would for the most part only embrace it out of desperation. It is therefore necessary to produce desperation by putting them in trouble with the government and with white supremacists.