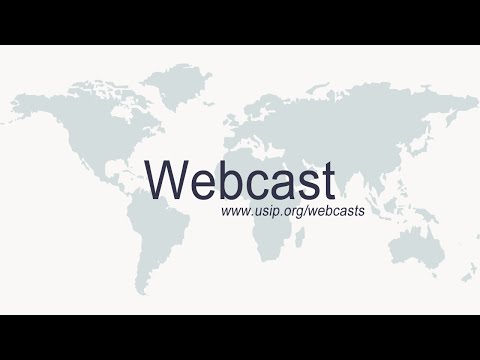 The era of Western neo-colonial dominance in the Middle East may finally be drawing to a bloody close. The Western monopoly ended almost unnoticed in 2013 when China replaced the European Union as the region’s foremost trading partner, pushing the US into third place, with India breathing at America’s heels in fourth. The region was carved up between the victorious European powers in the aftermath of World War I after a long period of economic and social penetration in the 19th century. The United States replaced the European empires as hegemon after World War II, but otherwise little changed; the overriding concern of the Western powers remained securing energy supplies (a major reason for the original British-Saudi alliance signed in 1915).

The oil-rich Gulf states continue to set their economic focus on the United States and Europe well into the twenty-first century. Western states support autocratic Middle Eastern governments when these have backed their oil interests and intervened in the region’s wars whenever it looked as if these interests were threatened.

The creation of a post-Cold War global marketplace under the American ageis helped broaden China’s economic horizons as it has bootstrapped its way up the global economic ladder. As the post-Iraq collapse of the Middle East’s fragile states has undermined any American comprehensive regional strategy, US policy increasingly seems to be done ‘on the hoof’. This has given China space to increase its political penetration of the Middle East to match its increasing economic clout.

Now China is an advanced economy it has the same need for energy supplies as other developed countries. Her Middle East strategy has already departed from its tradition of global non-intervention, starting in 2010 when it dispatched ships to patrol the Somali coast and the Gulf of Aden. More recently it sent a shipment of arms to the Government of South Sudan in June 2014 as the civil war continued there. China had previously heavily invested in the northern Sudanese ‘Arab’ Islamist regime, but has moved quickly to make new friends in the south as the trend of state disintegration in the greater Middle East gains ground.

This higher Middle Eastern profile also reflects China’s own changing demographic conditions. Partially as a result of the controversial one-child policy its population has also begun to age, and a smaller generation is expected to follow the post-80s one that built the modern Chinese economy. Although China is likely to remain price-competitive in manufacturing labour costs for a number of years to come the ‘China price’ that allowed it to become a manufacturing giant has slowly begun to rise. Production is already being moved to other developing countries such as Vietnam.

A recent economic slowdown and a population that has rapidly modernized its lifestyles have made the Communist regime pay careful attention to the price and security of China’s oil supplies. Chinese oil demand has long since outstripped its own domestic supplies in the north-east and it has been a net oil importer since 1993. As the Communist central government has long preferred a Saudi-style approach to buying off its population with economic development over a brittle Soviet-style iron fist, reliable oil imports are now a vital prerequisite to curtailing internal dissent. The increased political importance of oil has in turn increased the amount of energy and attention China pays to its Middle Eastern policy.

So, what will a 21st century China policy towards the Middle East look like? Simply because it is a non-Western power one should not assume that the Chinese government’s influence in the Middle East would be selfless or benign.

But I for one highly doubt that China seeks to pursue a mercantilist foreign policy in the Middle East, or thinks of supplanting America as the regional security guarantor there as it wants to in East Asia. Rather I expect Beijing to free-ride on the back of America and try to copy the successful Chinese strategy in extracting commodities in Africa. China has greatly increased its share of the African market through the entrepreneurial energies of individual Chinese firms and by studiously avoiding taking positions on local issues. This strategy has its limits; unregulated Chinese firms’ willingness to bribe officials and to ignore industrial rights and environmental concerns has also sometimes caused a backlash in certain African countries. In the Middle East it will mean China avoids entangling government to government alliances like the US-Saudi one, limiting its exposure in an unstable part of the world.

Since 2009 China has been the world’s second largest net importer of oil and petroleum products. Her energy dependence on fossil fuels is therefore overwhelming at present. The Chinese government’s main goal is therefore energy security through diversity of supply. In the longer term China will seek to reduce its dependence on foreign gas and oil supplies in favour of nuclear, solar and coal (primarily for its power generation), but for now it buys gas from Crimea-annexing Russia, conducts exploratory oil drills in its neighbours’ waters, and seeks oil contracts from whoever will sell drilling rights.

This does not make China a model international citizen but it allows it to avoid over reliance on Middle Eastern oil. It is an interesting fact that China has never sought to trade security guarantees for energy access in the region. The policy of non-intervention in the affairs of other states has kept it out of Middle Eastern disputes so far, officially even in cases like Sudan and South Sudan. Materially China may give aid to one regime or another, but it is careful never to get too close, or to become too publicly identified with a local ruler, as has been the case with successive British and American proxies. Perhaps that is the secret of its Middle Eastern success to date.