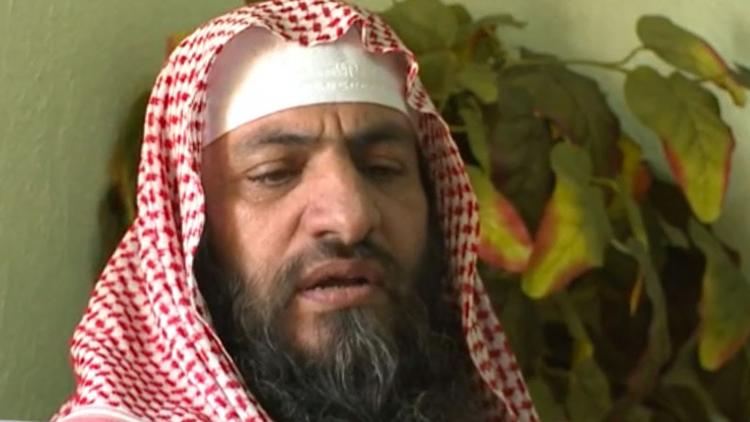 The self-styled ‘Islamic State’ Group (ISIS or ISIL), the Arabic acronym for which is Daesh, is increasingly haunting the nightmares of Western journalists and security analysts. I keep seeing some assertions about it that strike me as exaggerated or as just incorrect.

1. It isn’t possible to determine whether Daesh is a mainstream Muslim organization, since Muslim practice varies by time and place. I disagree. There is a center of gravity to any religion such that observers can tell when something is deviant. Aum Shinrikyo isn’t your run of the mill Buddhism, though it probably is on the fringes of the Buddhist tradition (it released sarin gas in the Tokyo subway in 1995). Like Aum Shinrikyo, Daesh is a fringe cult. There is nothing in formal Islam that would authorize summarily executing 21 Christians. The Qur’an says that Christians are closest in love to the Muslims, and that if they have faith and do good works, Christians need have no fear in the afterlife. Christians are people of the book and allowed religious freedom by Islamic law from the earliest times. Muslims haven’t always lived up to this ideal, but Christians were a big part of most Muslim states in the Middle East (in the early Abbasid Empire the Egyptian and Iraqi Christians were the majority). They obviously weren’t being taken out and beheaded on a regular basis. They did gradually largely convert to Islam, but we historians don’t find good evidence that they were coerced into it. Because they paid an extra poll tax, Christians had economic reasons to declare themselves Muslims.

We all know that Kentucky snake handlers are a Christian cult and that snake handling isn’t typical of the Christian tradition. Why pretend that we can’t judge when modern Muslim movements depart so far from the modern mainstream as to be a cult?

2. Daesh fighters are pious. Some may be. But very large numbers are just criminals who mouth pious slogans. The volunteers from other countries often have a gang past. They engage in drug and other smuggling and in human trafficking and delight in mass murder. They are criminals and sociopaths. Lots of religious cults authorize criminality.

3. Massive numbers of fighters have gone to join Daesh since last summer. Actually, the numbers are quite small proportionally. British PM David Cameron ominously warned that 400 British Muslim youth had gone off to fight in Syria. But there are like 3.7 million Muslims in the UK now! So .01 percent of the community volunteered. They are often teens, some are on the lam from petty criminal charges, and many come back disillusioned. You could get 400 people to believe almost anything. It isn’t a significant statistic. Most terrorism in Europe is committed by European separatist groups– only about 3% is by Muslims. Cameron is just trying to use such rhetoric to avoid being outflanked on his right by the nationalist UKIP. One of the most active Daesh Twitter feeds turns out to be run by an Indian worker in a grocery chain in Bangalore who lived in his parents’ basement and professed himself unable to volunteer for Syria because of his care giving chores. Daesh is smoke and mirrors.

4. Ibrahim Samarra’i’s ‘caliphate’ is widely taken seriously. No, it isn’t. It is a laughing matter in Egypt, the largest Arab country. There is a small band of smugglers and terrorists in Sinai who declared for Samarra’i, but that kind of person used to declare for Usama Bin Laden. It doesn’t mean anything. Egypt, with 83 million people, is in the throes of a reaction against political Islam, in favor of nationalism. It has become a little dangerous to wear a beard, the typical fashion of the Muslim fundamentalist. Likewise, Tunisia voted in a secular government.

5. Daesh holds territory in increasing numbers of countries, including Afghanistan and Pakistan. But outside of Syria and Iraq, Daesh is just a brand, not an organization. A handful of Taliban have switched allegiance to Daesh or have announced that they have. It has no more than symbolic significance in Pakistan and Afghanistan. These converts are tiny in number. They are not significant. And they were already radicals of some sort. Daesh has no command and control among them. Indeed, the self-styled ‘caliph’, Ibrahim Samarrai, was hit by a US air strike and is bed ridden in Raqqah, Syria. I doubt he is up to command and control. The Pakistani and Afghan governments have a new agreement to roll up the radicals, and Pakistan is aerially bombing them.

Even in Syria and Iraq, Daesh holds territory only because the states have collapsed. I remember people would do this with al-Qaeda, saying it had branches in 64 countries. But for the most part it was 4 guys in each of those countries. This kind of octopus imagery is taken advantage of by Daesh to make itself seem important, but we shouldn’t fall for it.

6. Only US ground troops can defeat Daesh and the USA must commit to a third Iraq War. The US had 150,000 troops or so in Iraq for 8 1/2 years! But they left the country a mess. Why in the world would anybody assume that another round of US military occupation of Iraq would work, given the disaster that was the last one? A whole civil war was fought between Sunnis and Shiites that displaced a million people and left 3000 civilians dead a month in 2006-2007, right under the noses of US commanders.

In fact, US air power can halt Daesh expansion into Kurdistan or Baghdad. US air power was crucial to the Kurdish defense of Kobane in northern Syria. It helped the Peshmerga paramilitary of Iraqi Kurdistan take back Mt. Sinjar. It helped an Iraqi army unit take back the refinery town of Beiji. The US ought not to have to be there at all. But if Washington has to intervene, it can contain the threat from the air. Politicians should just stop promising to extirpate the group. Brands can’t be destroyed, and Daesh is just a brand for the most part.

7. Daesh is said to have 9 million subjects. I don’t understand where this number comes from. They have Raqqah Province in Syria, which had 800,000 people before the civil war. But the north of Raqqah is heavily Kurdish and some 300,000 Kurds fled from there to Turkey. Some have now come back to Kobane. But likely at most Daesh has 500,000 subjects there. Their other holdings in Syria are sparsely populated. I figure Iraq’s population at about 32 million and Sunnis there at 17%, i.e. 5.5 million or so. You have to subtract the million or more Sunnis who live in Baghdad and Samarra, which Daesh does not control. Although most of the rest Sunni Iraq has fallen to Daesh, very large numbers of Sunnis have fled from them. Thus, of Mosul’s 2 million, 500,000 voted with their feet last summer when Daesh came in. Given the massive numbers of refugees from Daesh territory, and given that they don’t have Baghdad, I’d be surprised if over all they have more than about 3-4 million people living under them. And this is all likely temporary. Plans are being made to kick them right back out of Mosul.