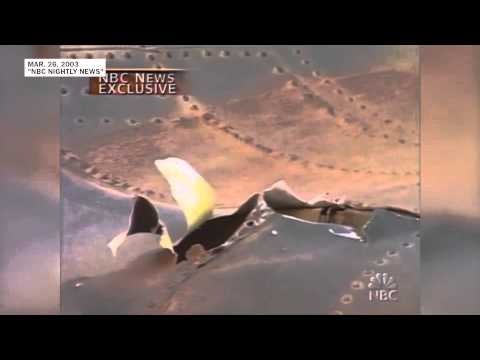 NBC nightly news anchor Brian Williams is under fire for repeatedly having told an embellished story of being in a Chinook helicopter that took RPG and small arms fire at the beginning of the Iraq War and was forced down. His critics, and military personnel present on the four helicopters then flying in a convoy or nearby, largely dispute his account, saying Williams arrived an hour after the Chinook that had been forced down. One eyewitness did confirm to CNN that the helicopter he and Williams were on took AK 47 fire (he is contradicted by his colleagues). Williams has in any case withdrawn the anecdote, though he played down how often he had told it.

Williams’ critics accuse him of just making stuff up, and for all I know he did. But we all know that stories grow in the telling, and it isn’t impossible that over time Williams’ memory played tricks on him. If his helicopter did in fact take some light arms fire, as a soldier present on it alleges, that is a kernel of experience for Williams’s later faulty memory. It is also suggested that the story of what happened to the lead Chinook was broadcast inside Williams’s own helicopter and that he may have lived it vicariously and then over time inserted himself into the story.

In any case, those who haven’t risked their lives in a war zone (which is what Williams did) maybe shouldn’t be so glib in condemning someone who did. His story is false; the danger was real. The anger and feeling of betrayal of the military personnel on the helicopter that was hit, on the other hand, is understandable, though at least one of them says he is ready to move on.

Many of Williams’s fiercest critics are conservatives, for whom network television news is a liberal conspiracy– a charge that is wholly unfair and untrue (otherwise we on the left wouldn’t risk a stroke every time we watch it). Worse, many of them think that Fox Cable News really is fair and balanced.

The same conservatives, however, go on idolizing Ronald Reagan and George W. Bush, both of whom much more egregiously made stuff up about their military service than Williams (who never claimed to be more than a hapless civilian). The same voices that allege that Williams has been deprived of credibility by the incidents would never dream of impugning the credibility of the lying GOP presidents.

Ronald Reagan told visiting Israeli premier Yitzhak Shamir in fall of 1983 that he had helped liberate the Auschwitz concentration camp as a soldier in the European theater and had taken footage of the horrors of the camp. Later, he said, when family members questioned him as to whether those horrors had really occurred, he showed them the footage he had captured. He also told a version of this story to Simon Wiesenthal. Dan Meridor confirmed to journalist Lou Cannon that Reagan had made these assertions, and said that Shamir relayed them to the Israeli cabinet to demonstrate Reagan’s sympathy for the Jewish people.

Reagan was in uniform during WW II, but was detailed to Hollywood. He never left the United States. He sometimes maintained that he had access to classified US Army footage of the concentration camps because of his film work during the war. But Cannon shows that Gen. Eisenhower had ordered these reels shown in movie theaters in the US in 1945 and that they weren’t secret or classified at all. Reagan later denied to Cannon that he had told Shamir and Wiesenthal that story, but there isn’t much doubt that he did.

Reagan had an over-active imagination and seems sometimes to have remembered himself right into movies or newsreels he had seen. Whether he was already showing Alzheimer symptoms in 1983 (which would be scary) isn’t clear, but the problem anyway doesn’t seem to have been one of forgetting things but rather of remembering other people’s experiences as his own. Cannon, in his biography of Reagan, made allowances in a footnote, saying that “Reagan became so emotionally engrossed in the story that he told it from the point of view of the photographer witnessing the scene.”

Surely one could, if one wanted to, charitably suggest the same thing of Brian Williams. But those who most admire Reagan are the least likely to be even-handed here.

The great Joe Conason sleuthed out George W. Bush’s lies about his military service. Bush avoided Vietnam by using family connections to get assigned to the Texas Air National Guard. Many of the soldiers who died in the jungles were too poor to afford college or had no family connections (Dick Cheney took five college deferrals). The wealthy power elite could avoid service if they wanted to. Conason writes,

“In his 2000 campaign autobiography, ghosted by Karen Hughes, Bush claimed that after completing his training in the F-102 fighter plane, “I continued flying with my unit for the next several years.” That simple sentence was entirely untrue . . .”

In fact, George went AWOL and in a fair world would have been disciplined and sent off to Nam and disqualified from high public office. He was supposed to have a physical in 1972. He did not show up for it, and then just went off to work on the Alabama senate campaign of Winton “Red” Blount (where he was remembered as lazy, drunk and a boastful of his serial sexual conquests). He was in the military! Didn’t his commanding officer care where he was?

According to the Salon piece, Bush told a newspaper in the ’90s, “I don’t want to play like I was somebody out there marching [to war] when I wasn’t. It was either Canada or the service and I was headed into the service.”

Conason points out that in the Hughes-ghosted book, Bush instead asserted that “he tried to volunteer for service in Vietnam ‘to relieve active duty pilots’ fighting the war.” He of course had done no such thing, but rather had used the Texas Air National Guard to relieve himself of any “service.” And he had already admitted as much publicly, but lied in the book, which was intended to pave the way to the presidency.

So Bush lied about trying to volunteer for Vietnam (!) and then lied again when he said he “continued flying with my unit” when in reality he was sloughing off on a civilian local GOP campaign in another state and carousing about all hours instead of getting up for reveille.

So I’ll take conservative caviling at Williams seriously (however much it might be deserved on the facts of the matter) seriously only when they also denounce Reagan and Bush for their much more egregious war service lies and agree that those figures lack credibility and should stop being looked up to.