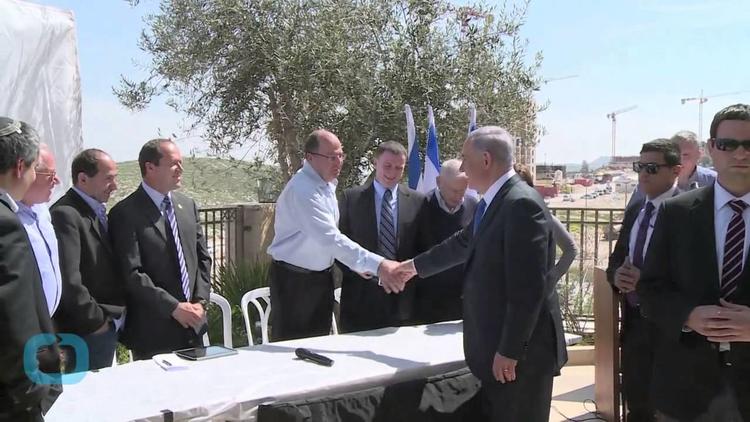 Israeli Prime Minister Binyamin Netanyahu, under extreme pressure over the real possibility that he will lose the March 17 elections, has made a powerful appeal to his far right wing constituency by openly admitting that he will never allow a Palestinian state and that he intends to flood Israeli squatters into East Jerusalem and its environs to make sure this Occupied territory never returns to the Palestinians.

Millions of Palestinians whose families were violently expelled from their homes by Jewish settlers in Mandate Palestine in 1947-48 remain stateless. These include the people of Gaza, the West Bank (four million) and a million or more in diasporas in Lebanon, Syria, and other countries. A million Palestinians are now citizens in Israel, and others have rights of citizenship in far-flung places like Chile and Honduras, as well as the United States. But I figure five million at least remain stateless.

Statelessness is rare in today’s world, a result of reforms initiated by the international community after the horrors of World War II and its preceding decades. Franco rendered many on the Spanish Left stateless after his victory in the Civil War in 1939 (not to mention massacring tens of thousands of them). The White Russians lost citizenship after their revolt against the Communists failed. The Nazis took citizenship rights away from Jews, Gypsies and others in Europe. In fact, the Holocaust was made practically possible in part by the denial of citizenship to Jews, which left them with no access to courts or other levers of social power that might have combated the monstrous Nazi plans for genocide.
Millions were stateless in the 1930s and 1940s, and their lack of citizenship rights often exposed them to ethnic cleansing or loss of property and displacement.

The Palestinians are the last major stateless population. Stateless people do not have rights as most people understand the term. Their situation in some ways resembles slavery, since slaves also were denied the rights of citizenship. Stateless people’s property is insecure, since people with citizenship rights have better access to courts and to ruling authorities. Palestinians never really know what they own, and Israeli squatters routinely steal their property with impunity. Squatters dig tube wells deeper than those of the Palestinian villagers, lowering aquifers and causing Palestinian wells to dry up. Squatters go on wilding attacks, chopping down entire olive orchards (a prime source of Palestinian income) or beating up Palestinians. If Palestinians assemble peacefully to protest the loss of their farms to ever-expanding squatter settlements, the Israel army arrests them, including, often, children, who are taken away from their families and put in jail. Palestinians can be held for long periods without being charged. The prisoners are sometimes tortured.

Netanyahu and the Israeli right-of-center say they want to keep Palestinians homeless and without citizenship rights in a state because they fear a Palestinian state will make claims on Israel and present a security challenge. Netanyahu said Sunday that if Israel relinquished the West Bank it would become a bastion of Muslim radicalism (but West Bankers are substantially more secular than the Jewish population of West Jerusalem).

But in fact, Netanyahu and the right are dedicated to Greater Israel, to annexing the West Bank territory and finding a way to expel the Palestinians from it. The Palestinians are not a security challenge– they are like the guard at a bank getting in the way of bank robbers. The bank robbers feel a need to knock him out or kill him, remove him from the scene.

But it is shameful to have Israel preside over 4 million stateless people forever. This is Apartheid. And Netanyahu has just made Apartheid the official policy of Israel, just as South African leader P.W. Botha dedicated himself to making black South Africans stateless and without the rights of citizenship. The only fig leaf Israel had for its Apartheid was the farce of the “peace process” and a pro forma ritual invocation of a “future Palestinian state.” Now Netanyahu has ripped off the fig leaf and stands naked before the world. Botha was called by his victims the “Great Crocodile.” It would be better epithet for Netanyahu than “Bibi.”