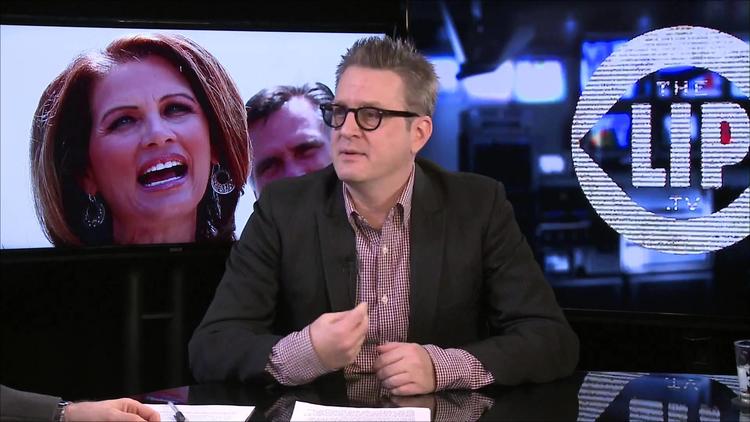 Some of those who believe that Iran’s civilian nuclear enrichment program is inevitably dual use (that it can be used to produce a nuclear weapon) are alarmed at the prospect of a diplomatic deal between Washington and Tehran that will allow Iran to continue enriching under inspections. After ten years, it is rumored, Iran would come to be treated by the UN Security Council like other signatories of the Nuclear Non-Proliferation Treaty, such as Japan. The more suspicious-minded can’t believe Iran would not take advantage of this situation to produce a nuclear bomb (even though Japan, e.g., has not).

I wrote in 2012 that Supreme Leader Ali Khamenei had given a speech in which he said:

“The Iranian nation has never pursued and will never pursue nuclear weapons. There is no doubt that the decision makers in the countries opposing us know well that Iran is not after nuclear weapons because the Islamic Republic, logically, religiously and theoretically, considers the possession of nuclear weapons a grave sin and believes the proliferation of such weapons is senseless, destructive and dangerous.”

Some want to stop the Kerry-Zarif negotiations and ratchet up already severe sanctions on Iran as a way of forcing them to accept a deal even less favorable to themselves.

I wouldn’t assume that the sanctions are very important. Iran’s economy grew 4% in the last two quarters of 2014 and inflation fell to 17% from 40%. Although elements of the middle classes and the state tied to petroleum income have suffered, pistachio farmers and light manufacturers have made out like bandits because of a reverse Dutch disease The reduction of oil exports as a proportion of the country’s international trade has softened the riyal and made Iranian agricultural and manufactured goods more attractive to large Asian markets like India. The sanctions may in fact be doing Iranians a favor, reducing the oil curse.

I underline that the sanctions are bothersome, and maybe even a brake on growth over-all, but their impact is sectorial and not obviously a serious constraint on state action.

Another solution hawks such as former Representative Michele Bachmann put forward is a U.S. bombing raid on Iranian nuclear enrichment facilities at Natanz and Fordow, and if necessary, continued such raids as needed.

What would happen if the US bombed Natanz, Fordow and Arak? (And did that regularly — yearly?– for a decade or two?)

Before I turn to the region, I want to say that my reading of John Mearsheimer’s Tragedy of Great Power Politics is that a scenario of regular air strikes on Iran without slipping into war isn’t plausible politically. Presidents and generals in the US are not there to contain a supposed threat with minimal intervention, they are there to win. Desultory bombing raids that go nowhere are bad for careers. We saw this in Libya, where the initial strategy was a no fly zone, but by August there was enormous public pressure on NATO to show a victory or go home. Moreover, Iran is not Gaza. It is a country nearly as populous as Germany and has among the bigger gross domestic products in the Middle East and an extensive scientific establishment. It wouldn’t want a direct confrontation but it would find ways to take revenge. But revenge would be intolerable to the US Establishment. Bombing Iran leads to war.

As for regional impact, let’s just take Iraq and Afghanistan. To the extent that US policy in those two countries works, it works because it is possible for major ethnic and political groups to be allied uneasily with both the US and Iran. I think a US bombing raid on Iran would destroy that possibility and ‘pitch the question.’

US Iraq policy as it is now constituted would completely fall apart. A US bombing raid on Iran would essentially be a rescue of ISIL in Iraq.

The Shiite militias in Iraq have had an ambiguous relationship with the US. The Badr Corps, an arm of Ammar al-Hakim’s Supreme Islamic Council of Iraq, more or less allied with the US after 2003 against the Baath Sunni cells and budding al-Qaeda/ Islamic State. ISCI and Badr would certainly turn vehemently against the US in the aftermath of such a bombing. Badr has close relations with the IRGC and was once more or less a brigade of it.

Some 3,000 US officers and special ops troops are embedded with the Iraqi army, many of the officers and fighters of which have a Badr background.

So I’d expect significant green on blue attacks and perhaps much worse (suicide bombings at the new command HQ done by insiders).

Muqtada al-Sadr’s Peace Brigades (formerly Mahdi Army) have had a checkered history in recent years. But they are gradually being mobilized against ISIL, despite a pause announced by Sadr in mid-February because Shiite militiamen went wild and killed Sunni leader Qasim al-Janabi. They now want to join the planned Mosul offensive.

The Mosul offensive will require US air support. (With it, the Peshmerga took Sinjar and the YPG defended Kobane. Without it, thousands of Iraqi troops and militiamen are presently stalled outside the small city of Tikrit; the latter may fall, but it didn’t fall easily).

In short, bombing Iran would likely break up the uneasy alliance of convenience that now exists, and probably cause some US troops to be massacred in Baghdad and the rest to have to be withdrawn. The Iraqi army would not get rebuilt, at least not by the US. Baghdad and the south would be decisively pushed into Iran’s arms,.

Without US close air support, the weak Iraqi army and Shiite militias would not likely prevail against a big Sunni city like Mosul (pop. 2 mn. last year this time), even with Iranian help– at least for a long time. ISIL would likely survive in Mosul for years, with deleterious security implications for Europe. It is important that ISIL be dealt some significant defeats sooner rather than later, so as to nip its growing popularity in the bud.

The Hazaras and Tajiks in the Afghanistan officer corps might well choose Iran over the US, with green on blue violence and a forced withdrawal of American troops. Hazaras are Shiites tied to Iran, and Tajiks share a language with Iran and have been close to Tehran politically since the 1990s, as an alternative to Pakistan which they don’t forgive for supporting the Taliban int he 1990s. Hazaras and Tajiks predominate in the current Afghanistan officer corps and in the ranks. Only 2% of the Afghanistan National Army is from the Sunni Pashtun provinces of Helmand and Qandahar. Without the US, however, it is unclear whether the ANA can stand by itself against the neo-Taliban.

Leaving behind a relatively stable Afghanistan, forestalling a second march of Taliban into Kabul, and ousting ISIL from Sunni Iraq and trying to put the country back together are stated US military and foreign policy goals. They are profoundly imperiled by an Iran strike.