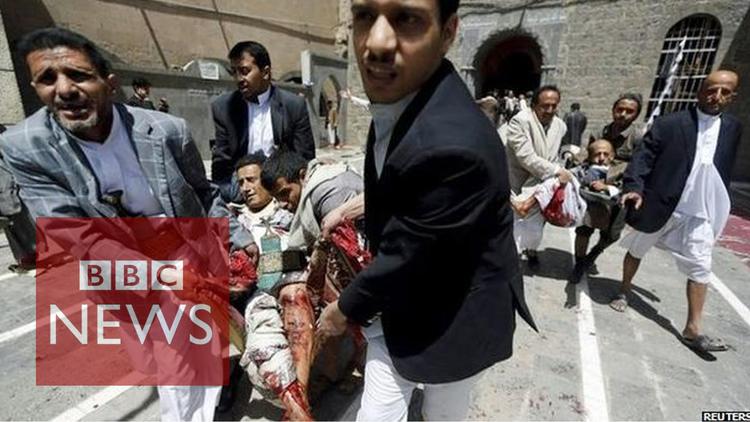 The massive twin bombings at mosques in the capital that shook Yemen on Friday, killing over 100 and wounding many more, were immediately claimed by Daesh (ISIS, ISIL). Since the mosques were largely attended by members of the Houthi movement in Zaidi, Shiite Islam and Daesh is ultra-Sunni, the bombings also suggest Sunni-Shiite conflict of the sort that has characterized Iraq’s recent sectarian violence.

But Daesh doesn’t in fact have a toehold in Yemen, and it clearly is not only franchising itself to Muslim radicals but also making grandiose claims to be behind everything any of them does. If radicals were involved at all in Yemen, it would be al-Qaeda in the Arabian Peninsula (AQAP), which has a long history of terrorism in Yemen and of targeting the West with it, as with the underwear bomber over Detroit in 2009.

But in any case the issue isn’t primarily one of radical Zaidi Shiism versus radical strains of Sunni Islam. The two great branches of Islam can, by analogy, be understood as similar to Protestantism (Sunnism) and Catholicism (Shiism) in Christianity. This analogy is extremely inaccurate, of course, but maybe it helps understand some of the basic divisions. Sunni clerics are more like pastors than priests and aren’t owed much authority, and many strains of Sunnism are iconoclastic in modern times. Shiite clerics must be obeyed by the laity and have a hierarchy, although it is much less formal than in Catholicism, and Shiites are frequenters of shrines and in Iran and Pakistan even put up pictures of Ali, the son-in-law of the Prophet whom they see as his successor, a la Peter in Catholicism.

Zaidi Shiism, just to make things more complex, doesn’t have ayatollahs and is often thought of as between Shiite and Sunni Islam in many of its emphases.

The reason the mosque bombing can’t be seen as primarily sectarian is that religion alone almost certainly did not drive it. About a third of Yemenis are Zaidi Shiites, and the proportion is much higher in the north. Many Zaidis felt targeted by the hard line Wahhabi Islam of neighboring Saudi Arabia, whose leaders tried to proselytize them and denounced Shiism as heresy. The Houthi movement arose as a response to Wahhabi incursions, and it gradually came into conflict with the secular Yemeni government, which was financially supported by Saudi Arabia and appears to have supported the proselytizing. Several battles between the two sides were fought in the north in the past decade. The Houthis also fought local Sunni radicals who had joined al-Qaeda. Although conspiracy theorists see the Houthis as Iran-backed, they are in fact largely a local movement with local grievances and their form of Shiite Islam is very different from that in Iran.

Last September the Houthis took over the Yemeni capital of Sanaa, having become a movement of political Islam. They subordinated the government to themselves.

Recently several government officials, including President Abed Rabbo Mansour Hadi, have fled south to Aden and established a rump government there. Note that some of them are secular Zaidis, Arab nationalists, and not religious. Six southern Yemen provinces have announced that they won’t follow directives from the Houthi government in Sanaa. There is also just in general a strong secessionist movement in south Yemen, which doesn’t want Mansour Hadi or any northerner as president and wants an independent South Yemen (which existed 1967-1990 before unification).

Elements of the Yemen air force loyal to the Houthi government in Sanaa tried to bombard Mansour Hadi’s presidential mansion in Aden the day before the bombing.

So this is political. The Houthi movement has politicized Zaidi Islam, after the Saudis politicized hard line Sunni Islam. The Houthis have all kinds of enemies now– secular Arab nationalists loyal to the Aden government, Sunnis who resent Houthi dominance of largely Sunni cities like Taizz, southern secessionists, and al-Qaeda in the Arabian Peninsula. Any of these could have hit the mosques, not because they hate Shiism but because they oppose the Houthi take-over of Yemen’s government in the north.

When religion is deployed for political purposes and there is no separation of religion and state, religion acts like a political movement and throws up political opposition. Where politics is violent, so is religious politics.

Countries were there is a separation of religion and state have much less religious violence, because there is no point in deploying religion for political purposes where religion is barred from attaining them.