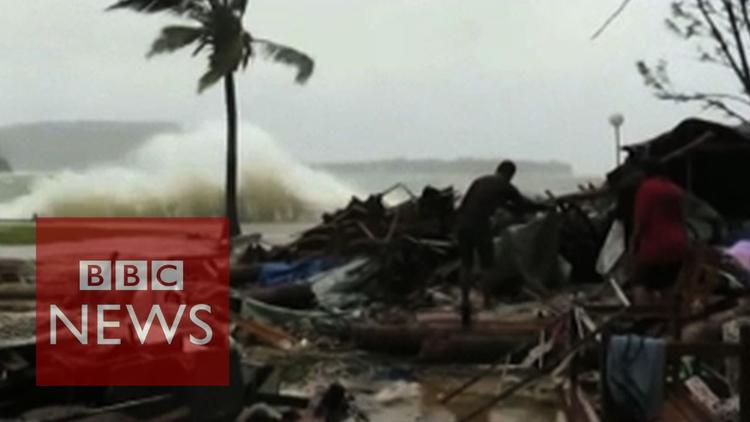 “A huge tropical cyclone with winds up to 270km/h (170mph) has devastated parts of the island nation of Vanuatu in the South Pacific.

Cyclone Pam is being described as one of the most powerful storms ever recorded in the region with unconfirmed reports that 44 people have been killed.”

“Vanuatu Tropical Cyclones Global Picture There is a growing level of consistency between models that on a global basis the frequency of tropical cyclones is likely to decrease by the end of the 21st century. The magnitude of the decrease varies from 6%–35% depending on the modelling study. There is also a general agreement between models that there will be an increase in the mean maximum wind speed of cyclones by between 2% and 11% globally, and an increase in rainfall rates of the order of 20% within 100 km of the cyclone centre (Knutson et al., 2010). Thus, the scientific community has a medium level of confidence in these global projections”