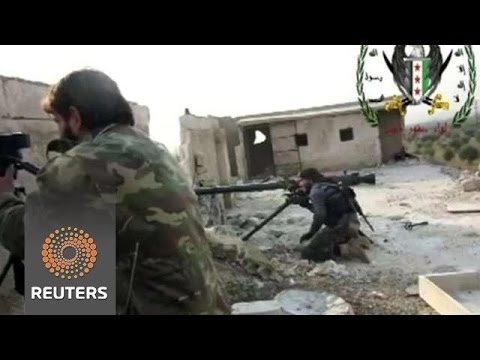 Worse, the few moderate units allied with the US in the north of Syria have been being badly defeated by the Support Front (Jabhat al-Nusra), an al-Qaeda affiliate. Just this week, remnants of the al-Hazm Group were defeated at Aleppo and they have been forced to disband. Some of their fighters appear to have gone over to al-Qaeda, taking their American-supplied T.O.W. anti-tank weaponry with them.

The US increasingly has no one with whom to ally in Syria.

Now comes the supposedly good news that the Support Front is considering severing its ties with al-Qaeda. This step seems to have been forced on it by Gulf patrons who are increasingly angry about the al-Qaeda presence.

The danger here is that the Support Front will remain al-Qaeda in all but name, running a hard line ’emirate’ in Idlib and elsewhere.

It should be remembered that the US dealt with the Taliban in the 1990s, toying with the idea of a gas pipeline through Afghanistan from Turkmenistan.

A decade earlier, in the 1980s, the US was in a de facto alliance with the Office of Services (which became al-Qaeda) against the Communist government of Afghanistan and its Soviet allies.

Those alliances, with al-Qaeda and the Taliban, got the USA attacked on September 11, 2001.

The extremist guerrillas fighting in Syria are no less brutal or mercurial. Those who favor direct US intervention in Syria give ISIL as a pretext.

Over time the temptation to ally with the Support Front will become irresistible in Washington, and the radicals may well be forgiven their years as an active ally of al-Qaeda.

The US as a de facto ally of the next generation’s Usama Bin Laden? We’ve seen this picture and the ending is ugly. Don’t do it. Just say no. The Support Front must not be rehabilitated or become the recipient of US military aid. US troops must not embed with al-Qaeda, or with a group that allied with the latter for years.