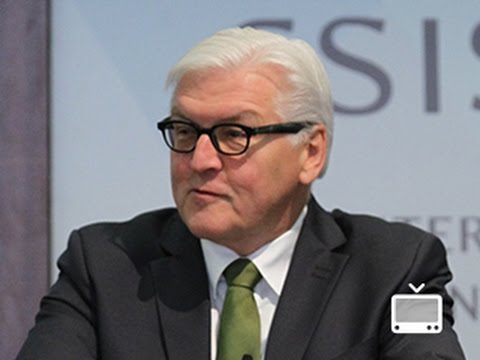 An open letter to Iranian leaders from 47 Republican senators has provoked sharp rebuke from European countries that are party to the nuclear talks.

Germany’s foreign minister Frank-Walter Steinmeier blasted the U.S. GOP senators on Thursday, telling journalists, “This is not just an issue of American domestic politics, but it affects the negotiations we are holding in Geneva.”

“Obviously mistrust is growing,” he added.

In addition, the Associated Press reported Thursday that unnamed diplomatic officials in France and London made similar criticisms of the open letter. “In Paris, a senior French diplomat said the letter made it hard on the American negotiators, who have been leading the talks with Iran on behalf of the rest of the group,” wrote journalist Matthew Lee.

The letter, organized by Sen. Tom Cotton (R-Ark.) and co-signed by 46 other Republican senators, directly threatened Iranian leaders that, if a nuclear deal were reached, it would not last after President Barack Obama leaves the presidency.

It immediately sparked broad censure—from from Iranian Supreme Leader Ayatollah Ali Khamenei to U.S. President Barack Obama to grassroots movements—with many charging it amounted to a call for military escalation and potentially war.

The missive was released less than a week after Israeli Prime Minister Benjamin Netanyahu delivered a controversial congressional address aimed at derailing ongoing talks between Iran and the P5+1 group of Britain, China, France, Russia, the United States, and Germany.

As foreign policy expert Jim Lobe recently pointed out, a majority of major media coverage has focused on U.S. and Israeli machinations relating to the deal, even though Israel is not officially party to the talks.

Lobe explained, “[E]ven if you combine all the citations of the leaders of our three major NATO allies—and the three West European partners in the P5+1 negotiations—on the question of Iran’s nuclear program and the negotiations to curb it, the media has gone to Bibi Netanyahu nearly five times more often.”

[Ed. note from IC: Steinmeier also said that Iran can now ask “how credible” the Western negotiating position is, i.e. implying that the Iranian position has been strengthened.]