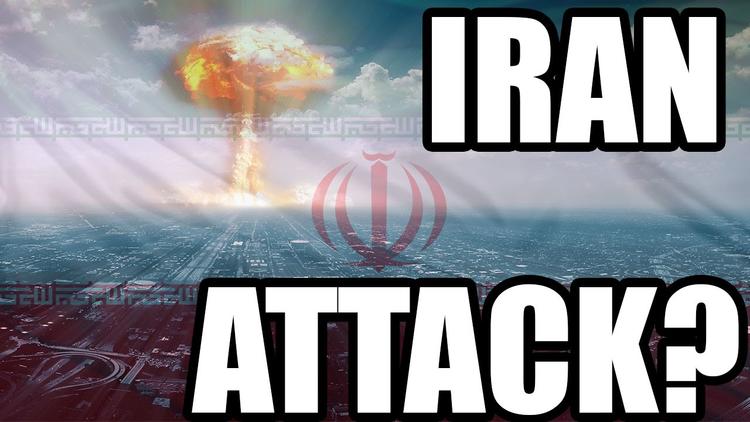 Being a liberal Zionist was always a tough thing to pull off, but it is becoming increasingly just impossible. The intrinsic contradiction between wanting social justice and equity at home and supporting a militaristic and Apartheid Israel abroad produces what psychologists call cognitive dissonance. It is hard to believe two opposite ideologies at the same time. And the effort seems to have driven the New York Times‘s Tom Friedman bonkers. Many otherwise sensible people who are strong supporters of Israel have concluded that Iran is so dire threat to it that extraordinary measures against Tehran are in order. Friedman seems to have abruptly joined this group (he used to be more measured on Iran). Now he seems to suggest that if the choice is between a US grand coalition against Daesh (ISIL or ISIS) that includes a de facto alliance with Iran, or a grand coalition against Iran that might include Daesh/ISIL, he actually favors the latter. Well, he sidesteps his support by wondering why no one takes this position; but what else could he mean?

His rationale is that the US has removed Iran’s enemies twice before, overthrowing the Taliban in Afghanistan and then Saddam Hussein in Iraq, and making Iran into a regional hegemon. If, he seems to say, the US crushes ISIL, it will be consolidating Iranian regional power. He doesn’t bring up Israel, but his commitment to it must be driving this bizarre calculation that leads him to want to arm the beheaders and ethnic cleansers and traffickers of young girls. (He doesn’t bring up that he was all for overthrowing Saddam Hussein in Iraq, which means he was part of the problem he is now describing).

Iran is not a strategic threat to the United States. It has a small underfunded regular military and the neighborhood volunteers of the Basij that are counted by Iranophobes in their armed forces are not trained soldiers. US intelligence has dropped Iran and Lebanon’s Hizbullah as terrorist threats this year, making the opposite calculation of Friedman, that if the choice is between letting ISIL run wild or de facto allying with Iran and its Lebanese ally, the latter is far preferable.

But Friedman is not a Rubio. What accounts for him being in this category of Daesh-supporters when he is not a conservative (in the American political sense of conservative)? It is his Zionism. For Israel, Daesh is just a manifestation of chaos and not threatening to Israel which has the best military in the Middle East. But for many Israelis and supporters of Israel, it is the big conventional rejectionist states and armies with their potential for nuclear weaponry that are the real danger. That is why Friedman supported Bush’s Iraq War, as well. Apparently, for this strain of Zionism, the Middle East has to be in flames and broken up by constant American military invasions and special ops covert actions and coups in order to keep Israel from having any peer militarily in the region. Daesh is just a set of gangs and aids in keeping Syria and Iraq in chaos, so from this point of view, it is a good thing and should be armed to cause more chaos.

It is a monstrous point of view that would come as a surprise to most Americans when put like this, but all Middle Easterners understand that it is exactly the kind of policy Israeli hawks pursue and urge the US to pursue.

I don’t think most Jewish Americans will be able to go along with Friedman on this one. Mostly they are liberals or leftists. Liberalism in the contemporary American sense of the word is about valuing human rights more than property rights, believing the law should be equally applied to everyone, and giving everyone a chance in life. That is why liberals commemorated the Selma march but many conservatives did not. Most strains of American Conservatism accept that there are social hierarchies, that some people are better than others, and believe the poor and disadvantaged are that way mostly because they are lazy or have other character flaws, assuming they live in a society where property rights trump all the others and capitalism has an unfettered hand.

Zionism as Jewish nationalism posits that Jews have a claim to the territory of Palestine by virtue of having historical ties and ancient presence there. It is just 19th century Romantic ethnic nationalism, which imagined eternal “peoples” or “races” such as Greeks, Germans, etc., that have special ties to a territory (blood and soil). This is a stupid theory of history and completely crazy. We know when the Greeks came into the peninsula. We know when the German tribes came into Germany. And neither of those was an ethnic group, just a language. There are no “pure” “races” in the 19th century sense and linguistic and cultural groups move around quite a lot in history, and locals adopt language and culture from invaders. Zionism, like all central European theories of race and nation in the 19th century, is a lie.

Worse, as it has come to be practiced, Zionism in Israel involves making non-Jews second-class citizens inside the state, and keeping Palestinians in the Occupied territories stateless and without basic human rights. It is hierarchical. The Israeli center and left parties refuse to go into coalition with the Palestinian-Israeli parties. That is just racism– as though a Hungarian party refused to be in coalition with one that had a lot of Romany voters. Hierarchies of this sort, ethnic and economic, are supported by conservatism, not by liberalism or the left.

To keep this going (and to be fair, Friedman himself wants a Palestinian state to solve at least part of this problem) is hard to impossible, and the invidiousness of the situation attracts regional political entrepreneurs who support the Palestinians, like the current Iran regime. If the US has to play whackamole with everyone in the Middle East who objects to the sordid goings-on in Israel/Palestine, we’ll eventually be bankrupt and without regional allies, and the region itself will collapse and present more severe security threats of the Daesh sort.

In contrast, a de facto US rapprochement with Iran to squelch the Daesh/ ISIL threat before it metastasizes further (see: Tunisia) is clearly in the interest of the United States and its people, including Jewish Americans.