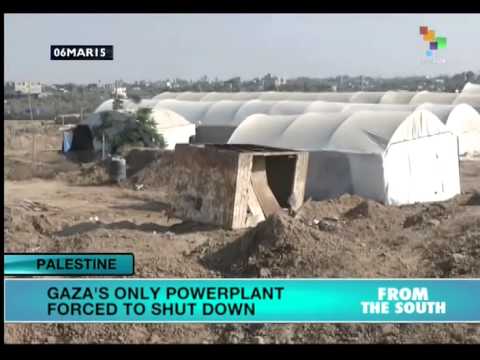 Several armored Israeli military vehicles and bulldozers carried out, on Wednesday morning, a limited invasion into an area east of the al-Maghazi refugee camp, in central Gaza, and bulldozed farmlands.

Eyewitnesses said the vehicles, accompanied by four armored D9 bulldozers, stationed in the Kissufim military base across the border fence, advanced into the area while firing rounds of live ammunition at a number of homes, causing damage but no injuries.

They added that the army bulldozed and uprooted Palestinian lands, and fired rounds of live ammunition at local farmers, forcing them to leave.

The invasion is part of daily Israeli violations against the Palestinians in the besieged and impoverished coastal region.

Such attacks, include uprooting farmlands, and repeated assaults on fishers in Gaza waters and even while on shore.

TeleSur: “Gaza’s only power plant forced to shut down”