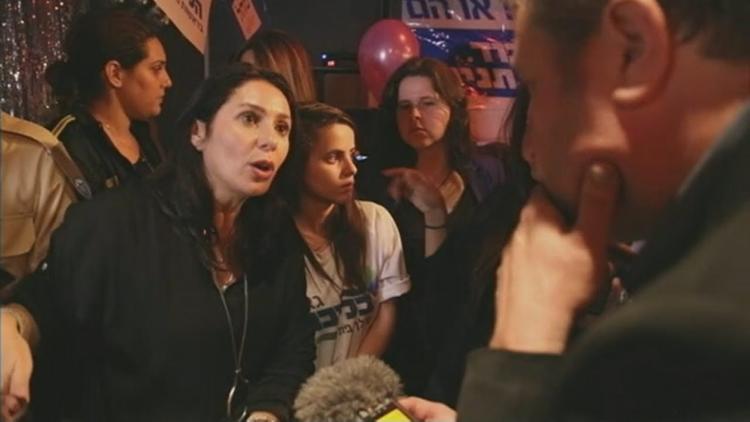 By Sammy Smooha | (The Conversation)

There are 5.3 million eligible voters living in Israel today (votes may be not cast abroad). Among these voters there are three main minority (non-dominant) groups. Their numbers break down, according to my own estimates, as follows: Palestinian Arabs are 15%, Mizrahim or “Oriental” Jews (who immigrated from Muslim countries) are 30%, and Russian-speakers who arrived after 1989 are 12%.

These three groups differ markedly in their political outlook and their voting behavior. But they may all contribute their share to ousting the present prime minister, Benjamin Netanyahu, from power.

In the last Knesset elections in January 2013, 77% of the Arab vote went to two Arab national parties and to the left-wing Arab-Jewish Hadash. Significantly, Arab turnout was 56%, much lower than the 68% national average.

The newly elected Knesset decided to reduce the number of small political parties. In 2013 there were 33 parties to choose from; 10 were elected. In this election the minimum share of the vote needed by any party to enter parliament has been raised from 2.5% to 3.25%. The overall number of parties in the running is now down to 25 but it’s no coincidence that this rightwing move has hit the Arab parties particularly hard.

What this has forced the Arab politicians to do – for the first time in the history of Arab Israeli politics – is to form a joint party list that combines communists, nationalists and Islamists.

An alliance between Arab parties may unfairly cut down the number of options offered to the Arab voter but it’s expected to raise turnout from 56% to 65%. This, in turn, may well increase the representation of Arab parties – from 11 to a projected 13 Knesset members.

All Arab parties, Hadash included, are permanent opposition parties. This reflects the actual and perceived status of Palestinian-Arab citizens as an ideologically dissident and enemy-affiliated minority.

Public opinion polls, however, show that most Arab voters are interested less in changing Israel’s Jewish-Zionist character and in the creation of an independent state of Palestine than they are in education, housing, employment, health and crime prevention. They do not trust their Israeli political leaders. They want their politicians to deal with Arab daily concerns, and are in favor of Arab parties joining Jewish coalition governments if that will improve their living conditions.

If the result of the elections is that there is a national unity government (defined as being headed by the two largest parties with the prime minister rotating after two years), then the Arab alliance could lead the parliamentary opposition for the first time in history.

The other possibility is that a left-center coalition government will take power with the support of the Arab parties from outside the coalition in exchange for favorable policies toward the Arab minority as was the case of the 1992-95 Yitzhak Rabin government.

The latter option may be less likely given the Netanyahu camp’s explicit campaign against what they describe as the grave “danger” of an “anti-Zionist,” “leftist” government supported by “Arabs” coming to power.

This accusation is serious. The assassination of Prime Minister Rabin in 1995 by an Israeli ultra-nationalist was preceded by a Likud campaign denouncing the Rabin government as “[not having] a Zionist majority” and the Oslo Peace Accords between Israel and the Palestinian Liberation Organization as not legitimate.

Whatever happens after March 17, however, the fact remains that through greater turnout the Arab minority will have been empowered in this election.

Most Mizrahi Jews back the right. Historically, they have tended to vote for Netanyahu’s Likud party, the national-religious Habayit Hayedudi party, and the ultra-Orthodox Shas (a Sephardic party) and Yahad (a splinter of Shas, on the far right).

With their strong Jewish identity and widespread resentment of Arabs, Mizrahi Jews are attracted to the rightwing parties because of the priority these parties give to Jewish over universal values, Jews’ over citizens’ interests, and a Jewish over a democratic state. The leftwing Labor – and European – establishment holds little attraction because of the discrimination it meted out to their parents and grandparents in the 1950s and 1960s.

A majority of Mizrahim are still in the working and lower classes – with the establishment European Ashkenazim being in the middle class and up. Many attribute their lower position in society to past Labor policies.

Israel’s recent social justice protests that kicked off in the summer of 2011 resulted in massive street demonstrations demanding better public services and opposing neo-liberal capitalism. The movement also raised awareness across society. As a result, many Mizrahim feel even more dismayed with the ruling Likud Party for neglecting them and for focusing, instead, on foreign and security policy. Consequently, they feel less motivated to make the effort to vote.

The emergence of the social justice movement also favors the new parties in the center.

One of these parties, Kulanu (or “all of us”) broke away from Likud in November 2014. Its leader is a Mizrahi Jew (whose family was from Tunisia), Moshe Kahalon.

Kahalon presents himself as a pragmatist. His aim is to become Minister of Finance in order to support the ailing welfare state and break up corporate monopolies.

The Kulanu party claims to be non-aligned with any political block: it aspires to play the role of the king-maker in the election. What its existence has also shown is that it is possible to move Mizrahi voters from the right to the center.

The Russian-speaking voters are relatively recent arrivals. They poured into Israel after the fall of the Soviet Union in the early 1990s. They are pragmatic but also strongly lean to the right.

In general, they are against anything that smells left, sounds overly democratic and looks pro-Arab. In the past, they have voted for ethnic Russian parties that have promised to protect their interests as newcomers.

In the last election, over half of Russians voted for the Yisrael Beytenu (“our home”), a Russian party led by the controversial Avigdor Lieberman who is now the country’s foreign minister.

Now, however, supporters of the party are deserting it in droves because many of its leaders are being investigated for political corruption and because the party has a poor record in addressing the special difficulties of the Russian community.

Most of the disaffected Russian speakers will probably shift their vote to the Likud but some (around 15%) intend to vote for the centrist Ashkenazi Yesh Atid party that stands for the middle class and secularism. These are voters from the new Russian generation who are upwardly mobile and looking to integrate into the mainstream.

The upshot of all this change is that Yisrael Beytenu may disappear altogether.

Israel’s main minorities definitely have the potential to contribute to the toppling of Netanyahu government – Arabs by voting in greater numbers; the Mizrahim by not voting at all or by voting for the centrist Kulanu party instead of Likud; and the Russians (or at least some of them) by drifting away from rightwing parties.

The 2015 election reveals the depth of divisions in Israeli society, the growing overlap between class and identity politics and the continuing weakening of the once dominant secular Ashkenazi establishment.

This profound fragmentation only contributes to government instability and to the impasse in dealing with Israel’s severe problems.

Sammy Smooha is Professor of Sociology at the University of Haifa

“Israel goes to the polls tomorrow and the signs are that the ruling Likud party, under Prime Minister Benjamin Netanyahu, could be headed for defeat.”