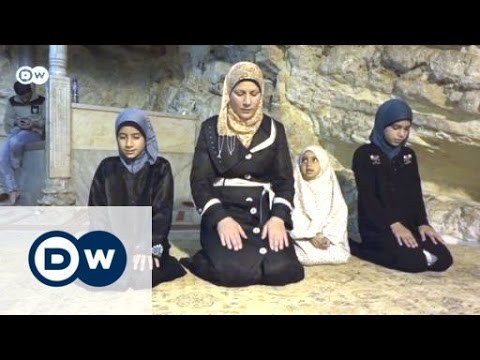 BETHLEHEM (Ma’an) – A leaked EU report cautioned that Jerusalem has reached its highest point of “polarization and violence” since the Second Intifada in 2005, according to international news sources.

Describing the upsurge of a “vicious cycle of violence … increasingly threatening the viability of the two-state solution,” the report blames increasing tensions on the continuation of “systematic” settlement building by Israel in “sensitive areas” of Jerusalem, according to the Guardian.

Also included is criticism of disproportionate policing towards Palestinian residents, as well as their rampant evictions and home demolitions throughout occupied East Jerusalem in 2014.

The report calls for greater European sanctions against settlement construction, providing suggestions of possible punitive measures against extremist settlers and products made in settlements.

The warnings come as Israeli Prime Minister Benjamin Netanyahu faces international criticism for openly denying the possibility of an independent Palestinian state, which he confirmed would never come into fruition if he was reelected.

Netanyahu’s Likud party won the most seats in Tuesday’s elections, in which he made last minute pleas to the right wing and settlement blocs to cast their ballots.

International pressure has not effectively prevented the continuation of settlement construction in the past, and critics argue Netanyahu’s policies encourage and facilitate rapid expansion of settlements and their protection.

Palestinians living in occupied East Jerusalem face ongoing pressure and discrimination, as the Israeli government has a stated aim of “Judaizing” Jerusalem, which means ensuring eternal Jewish control over the city through a policy of limiting Palestinian rights to residency and construction while building homes specifically for Jews across the city.

Settlers often receive protection by private security forces contracted by the state, while Palestinians in occupied East Jerusalem lack citizenship rights and are instead classified only as “residents” whose permits can be revoked if they move away from the city for more than a few years.