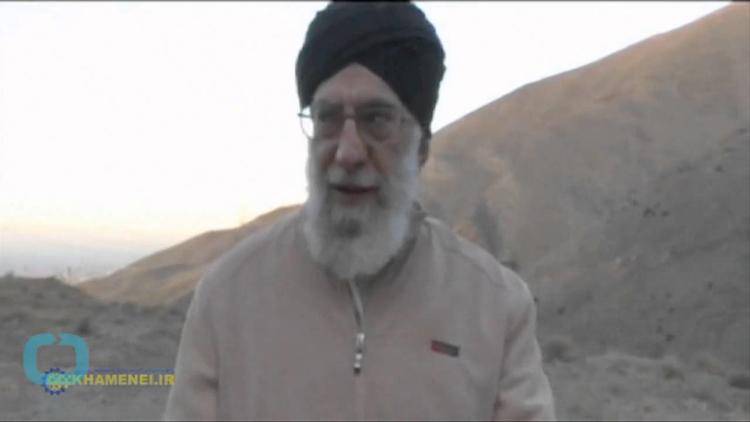 Iran’s Ayatollah Khamenei spoke Thursday about the letter signed by 47 Republican senators that had been sent to him warning that any nuclear deal he concluded with President Barack Obama would have no staying power.

Khamenei called the letter “stupid” and “disgusting and said he was negotiating with backstabbers.

He blamed the letter on the fact that they had been recently addressed “by a Zionist clown,” referring to Israeli Prime Minister Binyamin Netanyahu.

He complained that the Senators had accused Iran of supporting terrorism, which, he said, “is laughable.” (Iran sees Hizbullah and Hamas as legitimate resistance movements). He countered that it was the United States that created ISIL (Daesh), the world’s worst terrorist organization by its invasion of Iraq. He also accused Israel, which he said that the US backs to the hilt, of being a terrorist state.

He said that when an administration concludes an agreement with someone, the next administration is bound to honor it, but that in the US this principle has been discarded. The GOP senators had pledged, he said, to make any agreement with the Obama administration “as though it never existed.” “This is the utmost in the decline of political ethics … that is, this system is a system on the verge of oblivion, such that a person sees these things in it… They actually said they want to give Iranians a lesson so that we would understand their laws. We don’t need the lessons of those people!”

The BBC translates: “The Supreme Leader added that “the official of the Islamic Republic know their job well and know that if an agreement is reached how they should behave so that the American government can not renege on their promises.”

BBC Monitoring translated some further phrases of the speech. He called for a “rational” resolution to the problems between the West and Iran. Referring to nuclear energy, he said “By avoiding superficial outlooks, we need to understand where the challenges and issues stem from, and we should look for a rational solution in this way.”

Khamenei used the GOP letter to push for less dependence on petroleum exports and less state control of the economy– i.e. he pushed in the second point something of a Republican agenda of cutting down on state dominance of the economy in favor of wide participation in it by private individuals. BBC quotes him:

“If we look carefully, it becomes clear that the reason behind the damage we have incurred because of the sanctions is the country’s dependence on oil, government-controlled economy and the lack of public participation in the economy.”

“If we had not made the country’s economy and the life of the nation dependent on oil, and if we had avoided the mistake of the beginning of the revolution, which was making everything government-run, and if we had really involved people in economic activities, could the enemy have inflicted this damage upon us by imposing sanctions on oil and on the public sector?”