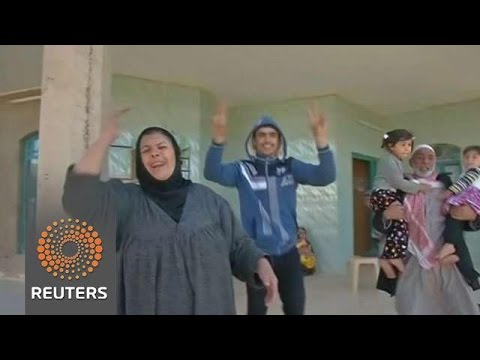 The Iraqi forces (one-third army, two-thirds Shiite militias) that are surrounding Tikrit 80 miles north of Baghdad are not just Iraqi forces. They are mostly Shiite, though some Sunni irregulars have joined them. More important, the Tikrit campaign is being directed as to its strategy by Qasim Sulaimani, the head of the Jerusalem Brigade of the Iranian Revolutionary Guards Corps.

News of the imminent fall of Tikrit on Tuesday were exaggerated. On the east bank of the Tigris, Iraqi forces took the town of al-Alam, 6 miles northeast of Tikrit, from Daesh (ISIL or ISIS). But Daesh fighters blew up the bridge over the Tigris, stranding a lot of Iraqi forces to the east. Iraqi troops and militiamen are also approaching from the south and west, but they are going very slowly because of the danger of booby-traps, car bombings, and so forth. So they are still not inside Tikrit, only on its outskirts.

But the ghost of the Iran-Iraq War of 1980-1988 looms over this campaign. Qasim Sulaimani got his military start fighting in the Iran-Iraq War. A non-ideological technocrat, Sulaimani only cares about winning battles, not about what Iranians call “the line of the Imam” or correct ideology.

Saddam Hussein was born in Tikrit in 1937 into the Sunni Arab Al-Bu Nasir clan. When he became president in an internal Baath Party putsch in 1979 he promoted other Baathists from Tikrit and other members of his clan to high office.

The other historical figure born in Tikrit was the medieval Muslim knight, Saladin (Arabic Salahuddin) the Ayyubi (1138 – 1193 CE). Famed for his conquest of Jerusalem away from the Crusaders, Saladin’s dynasty also came to power in Egypt and destroyed the Shiite Fatimid government there, replacing it with a Sunni revival under the Ayyubids.

Saddam identified with Saladin on both accounts– his defeat of the Western crusaders and his defeat of the leading Shiite power of his day. He named the province in which Tikrit is located ‘Salahuddin,’ i.e. Saladin.

In 1980, Saddam Hussein had his army invade Iran, beginning a brutal 8-year struggle reminiscent of World War I, with its trench warfare, mustard gas, and high troop casualties. Iran fought Saddam off, then began besieging Basra and threatening Baghdad. But Iran could never decisively take and hold Iraqi territory, and in 1988 Ayatollah Khomeini gave up on his fond dream of regaining Iranian sovereignty over key Shiite holy sites in Iraq.

So for Qasim Sulaimani and his Jerusalem Brigades to be directing an army of Shiite militias and regular troops in taking Tikrit away from the Sunni ‘caliph’ Ibrahim al-Samarra’i, who goes by Abu Bakr al-Baghdadi, is beyond delicious for him. It is the ultimate revenge by Shiite Iran on the Tikriti clans.

Saudi Foreign Minister Saud al-Faisal is said to have complained to US Secretary of State John Kerry about the projection of Iranian power into Tikrit. He feels the symbolic insult to the Sunni Arab world. The Americans are afraid that they won’t be able to keep the anti-ISIL coalition together if Iran takes the lead in this way.

This Iran-Iraq sectarian subtext gives many observers pause about the Tikrit campaign. Into the bargain, we know that hundreds of Shiite troops at nearby Speicher base were summarily murdered by Daesh when it took the base last summer. Their relatives still hold demonstrations to demand justice. Shiite militiamen view the people of Tikrit as collaborators with Daesh/ ISIL and we’re all afraid that they will conduct reprisals against them if and when the city falls to them.

The only way for this to turn out well is for the Shiites to treat the Tikritis as liberated compatriots, not as collaborators with Daesh or as Saddams’s kinsmen. The Sunni Arabs of Iraq need to be offered services and perquisites for rejoining the country. If they are not, the military conquest will prove a Pyrrhic victory.

Reuters: “Celebrations as Islamic State is forced out in town near Tikrit”