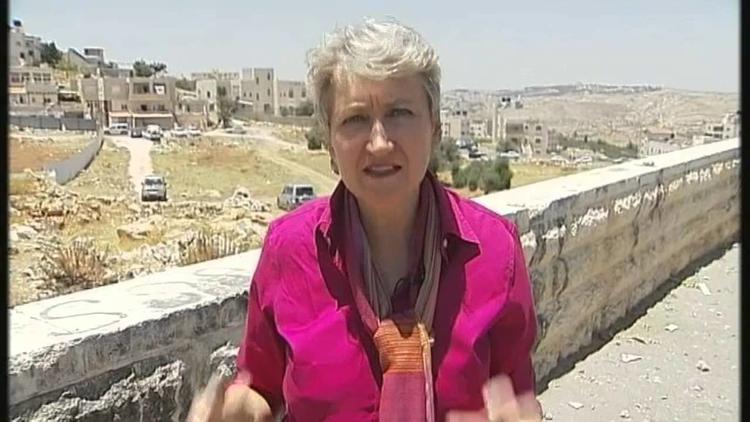 It began in Hebron, which Palestinians call “al-Khalil,” the city of Abraham. Hundreds of thousands of Israel squatters had been enticed into this Palestinian city of 400,000 by the Likud government with cheap rent in cookie-cutter apartment buildings constructed on stolen Palestinian land. The raids on Palestinian olive orchards, their main source of income, had become daily affairs, leaving the environs denuded and full of stumps. Then it went beyond killing trees. Palestinian young men were kidnapped, tortured, killed. Graffiti threatened the rest of their families and warned them to escape to Jordan while they could. The Jordanian army moved tank and sniper units to the best crossing points over the Jordan River, announcing it would shoot on sight any Palestinians who attempted to immigrate illegally.

Then the riots began and spun out of control, squatters targeting Palestinians and vice versa. The Israeli army intervened on the side of the squatters, Palestinian bodies piling up. Artillery was trained on Palestinian neighborhoods. Tens of thousands fled toward Jordan, but halted in the valley when they saw the vanguard of the attempted exodus mown down.

The riots spread to Ramallah, Jericho, Jerusalem. Heavily armed squatters sprayed machine gun fire into the midst of Palestinian demonstrators. The Israeli army moved in and Palestinian masses fled before it. Three million huddled, sleeping in open fields with no sanitation, between the lines of the Israeli and Jordanian armies. Cholera broke out.

Then the riots began in Irbid. Jordan is 60% Palestinian, and the YouTube videos of East Bank Jordanian troops shooting down desperate women and children as they forded the river enraged them. Irbid threw off the army and declared itself liberated. Then East Amman rose. ISIL in nearby Iraq invaded through the Eastern Desert.

The government in Jordan was overthrown and it became part of the caliphate, joining with Syria and northern Iraq. The joint Levantine Counter-Crusade mobilized guerrillas to infiltrate the West Bank and deployed drones and rockets deeper and deeper into Israel. The drone launchers were hidden and mobile, almost impossible for the Israeli air force to take out.

Israelis were forced out of their homes into shelters by the constant, unpredictable bombardment. The army planned an invasion of caliphal Jordan. But there was no government there, only armed gangs in each city, and even taking Amman would have had little effect. Israeli soldiers who made forays into the Ghor Valleey faced a constant barrage of suicide bombings, IEDs, drones, and rocket attacks from every direction, with no obvious return address.

Israelis in Tel Aviv, Haifa, and Beersheva, under constant bombardment and faced with infiltration by thousands of determined attackers, began fearing the government could not protect them. Flights were booked up months advance from Tel Aviv airport and thousands left for Europe and the US daily. Ferries popped up to take people to Cyprus.

The Israeli high command threatened a nuclear strike on its enemy, but the caliphate was in chaos, with no command and control or center, and it wasn’t clear what to nuke. Moreover, the fallout would hit Israel. Still, in desperation, an Israeli fighter jet dropped an atomic bomb on Raqqa. The radioactive dust blew into Israel and the public feared for the safety of their children. Alerts warned the public not to drink the milk or eat meat from livestock in Israel.

Now people chartered thousands of vessels to flee from Haifa port. Captains with space on their vessels flocked to Haifa. Some overcrowded, smaller craft overturned in rough water in the Mediterranean. Israel lost a million of its population. Many Russian Israelis felt the new post-Putin prosperous democratic state offered them more than a radioactive and besieged holy land. The displaced Palestinians in the West Bank, cold and exhausted from huddling in tents, moved back toward their old neighborhoods. The Israeli army, faced with shooting down three million miserable, marching civilians, mutinied and refused to obey orders. Soldiers put back on their civilian garb and snuck onto the chartered boats. Seeing the army collapse caused a complete panic. Another million fled. Scandinavia announced an open immigration policy for Israelis.

The caliphate captured Jerusalem soon thereafter, and began logistical planning for capture of the Israeli stockpile of nuclear warheads outside Dimona…