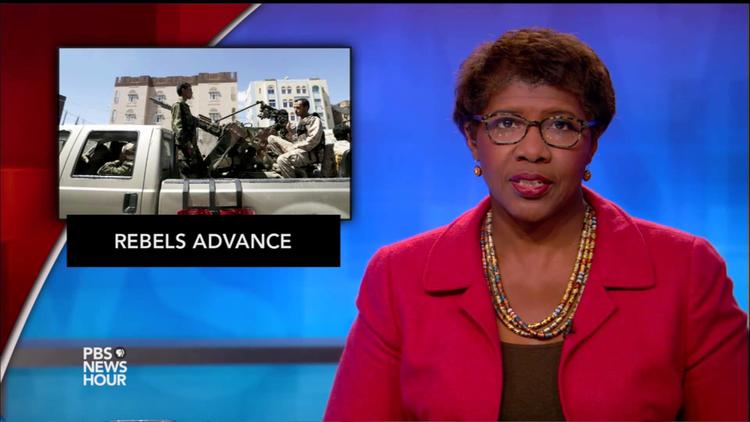 President Obama put some further hints out there on Tuesday about how he might proceed on Israeli-Paletinian relations in his final two years.

Asked if he’d be willing to go through the United Nations to achieve Palestinian statehood, he replied, “We’re going to do that evaluation . . . We’re going to partly wait for an actual Israeli government to form.”

It is huge that Obama did not say “no.” The Israeli-Palestinian negotiations have been bilateral. The US and Obama liked it that way. The question was whether the talks could now become multilateral, which is what would happen at the UN. Since bilateral talks are no longer plausible, the UN may be what’s left. Only 2 1/2 years ago, the Obama administration petulantly opposed granting Palestine non-member observer status at the UN, insisting that bilateral relations were the way to go instead. (Palestine now has standing to take Netanyahu to the International Criminal Court).

Obama declined to comment on a Wall Street Journal report that Israel spied on the US negotiations with Iran and then conveyed classified material to Congress in hopes of derailing the talks. It is of course outrageous that a foreign power should be encouraging congress to tie up a president’s foreign policy initiative.

Obama came into office in January of 2009 determined to negotiate peace between the Israelis and Palestinians. But George Mitchell, his first negotiator, was foiled by Israeli PM Netanyahu’s insistence on ending the freeze on Israeli squatter settlements in the Palestinian West Bank. The Palestinians walked away, as they were meant to. John Kerry tried again in 2013-2014 but got nowhere.

There were rumors a couple of weeks ago that Kerry was gearing up for a third try at negotiations after the Israeli elections. But there will be no more Kerry shuttle diplomacy. Prime Minister Binyamin Netanyahu’s statement forestalling of any Palestinian state (the point of the negotiations) raised the question of what the diplomatic negotiations could possibly have achieved.

Obama said Tuesday that despite Netanyahu’s attempt to walk back his opposition to Palestine:

“there still does not appear to be a prospect of a meaningful framework established that would lead to a Palestinian state… Up until this point, the premise has been both under Republican and Democratic administrations that as difficult as it was, as challenging as it was, the possibility of two states living side by side in peace and security could marginalize more extreme elements, bring together folks at the center with some common sense and we could resolve what has been a vexing issue and one that is ultimately a threat to Israel as well. What we can’t do is pretend that there’s a possibility of something that’s not there, and we can’t continue to premise our public diplomacy based on something that everybody knows it not going to happen in the next several years.”

Obama is saying bilateral talks are out of the question, as between the Israelis and the Palestinians, and that he refuses to pretend otherwise. But he does have the policy goal of seeing a Palestinian state established. It may well by the the UN Security Council is the forum where that could be pursued.